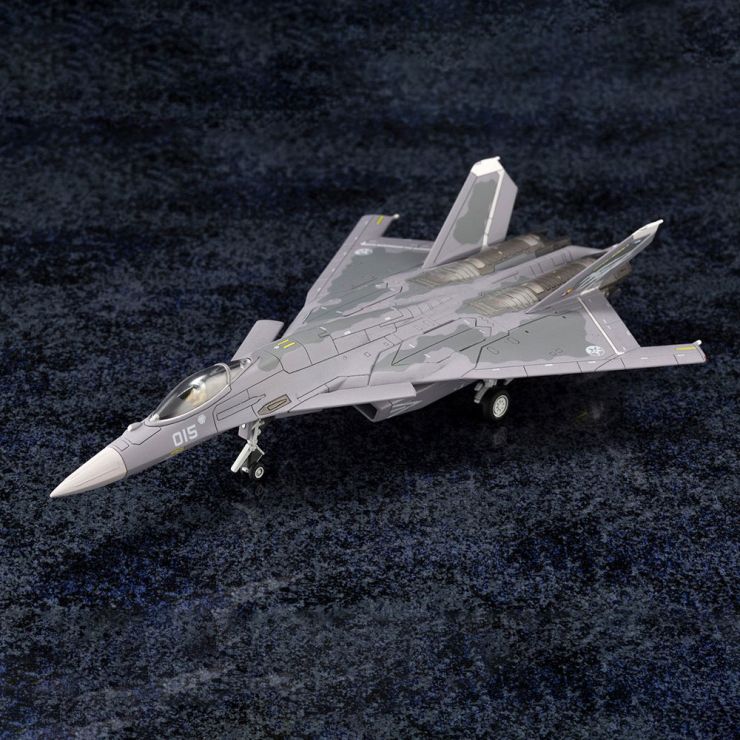 With this product, you earn 90 GP points.

+ Add your connection
“What’s with all this graffiti...?”
"Go dance with the angels"

From the masterpiece flight shooting game series, ACE COMBAT, CFA-44 in a 1/144 scale now joins Kotobukiya’s model kit series! Through the game’s data and PROJECT ACES’s cooperation, this kit perfectly captures the details of CGA-44 in the game and is a snap-fit kit that doesn’t require glue to assemble.

The landing gear and weapons bays can be displayed opened or closed, with equippable EML and ADMM.

MSL or UAV-45s can also be equipped to the hardpoints under the main wings.

The included mini base also comes with an attachment part that can be turned 90 degrees left or right and is compatible rolling.

With its 1/144 scale size, you can recreate various flight formations with previously released models or other aircraft models while not taking up too much space in your collection.

This model comes unpainted with a dark gray plastic based on Skin #01 Osea, and is also perfect for custom paint jobs to recreate your favorite skins! A separately sold, pre-painted version based on Skin #07 Strigon from ACE COMBAT 7: SKIES UNKNOWN is also available.

Model Specifications:
• This is a snap-fit model kit that does not require adhesives.
• The kit includes attachment parts for the included mini base, allowing the model to be displayed in-flight.
• The landing gear can be displayed or stowed by changing out the parts.
• The four hardpoints under the wings can be used to mount either missiles with pylons (deployed or retracted) or UAV-45s.
• Twelve pylon-suspended UAV-45s are included and can be mounted on hardpoints using the pylons.
• Two flying UAV-45s are also included and can be displayed using the mini base and its attachment part. (One mini base included.) • The upper fuselage weapons bay can be changed to accommodate EML or ADMM, and the lower fuselage weapons bay can be changed to accommodate ADMM.
• The various markings and emblems of this model are included as decals. The decals are the same as the ones included in the CFA-44 kit. 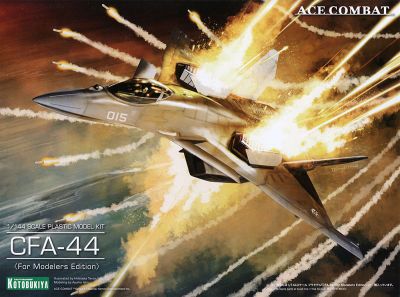 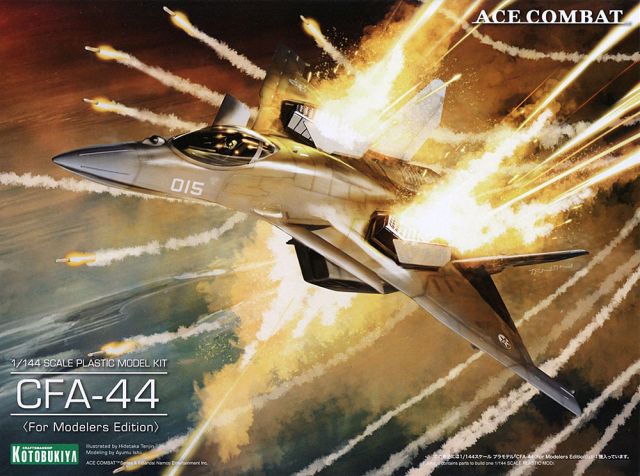