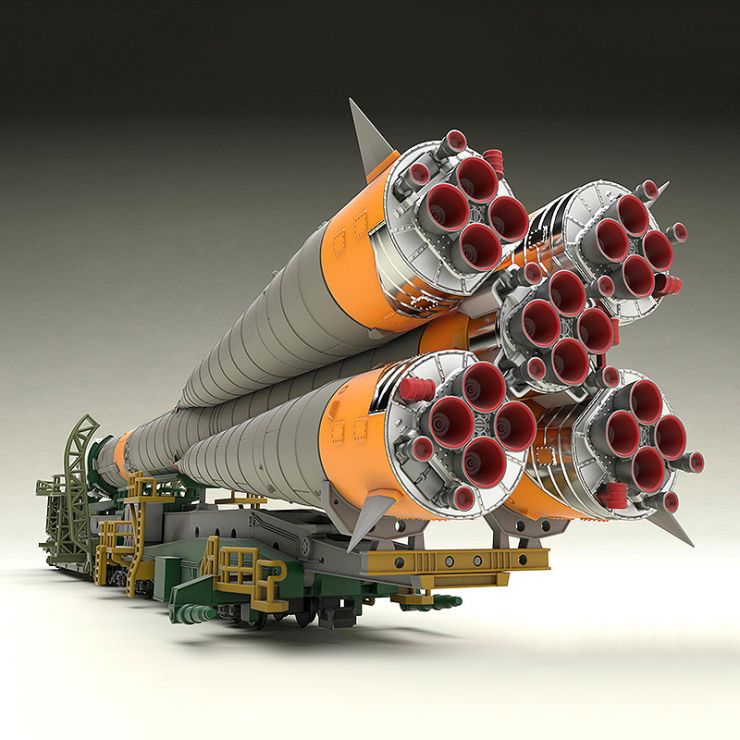 With this product, you earn 120 GP points.

1/150 Soyuz Rocket & Transport Train Model Kit I want this! Now I'll have to find a model of a Russian engine in the same scale to put on the ...

1/150 Soyuz Rocket & Transport Train Model Kit I want this! A must for any rocket collection!!!

"Headed to the stars---A model that represents the technology, courage and inquisitive minds behind the spacecraft."

The Soyuz rocket and spacecraft are currently the only manned vehicles capable of sending astronauts to the International Space Station (ISS), and the complete rocket together with its transportation train have now been converted into a plastic model kit!

Both the rocket and train have been intricately shrunk down to 1/150th scale, making the width of the wheels just 9mm in size. The model can not only be displayed as the complete rocket, but also laid horizontally on the train during transport (wheels do not move). The cast makes use of eight different colors that preserve the look of the rocket as well as each of the processes that it goes though.

The model is made from molded PS (polystyrene), and is made to ensure that fans will have great fun putting it together and painting it. All the processes from the rollout to the point that it reaches the ISS: transportation to the launch site, lift-off preparations, the separation of the multistage boosters and the deployment of the Soyuz spacecraft. Recreate the drama of a lift-off right in your very own collection with this complete rocket kit! 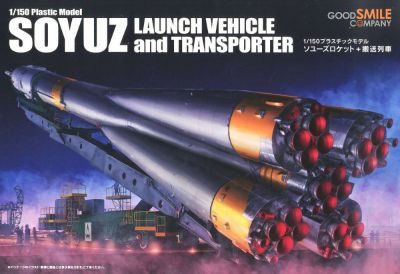 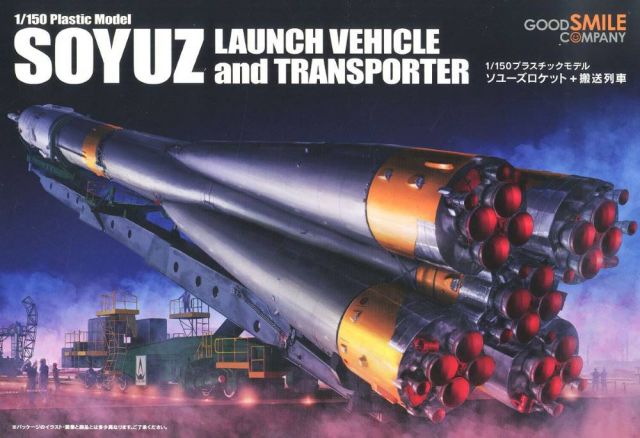