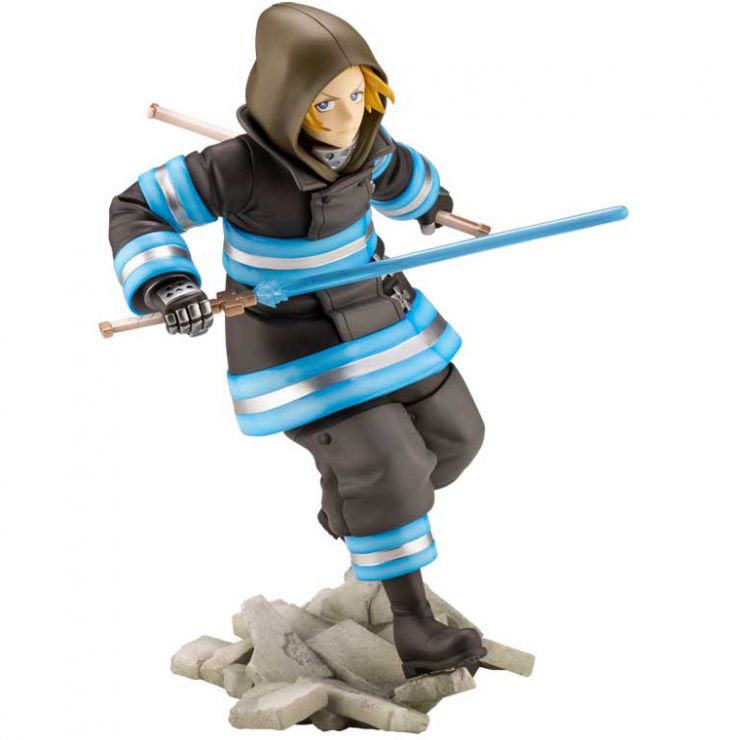 With this product, you earn 280 GP points.

Moving away from his usual idiotic image, Arthur comes to life in this sculpt wearing a serious expression that he shows in the midst of battle.

The plasma flames that make up the blade part of Arthur’s beloved weapon, “Excalibur”, is recreated using clear material. Each detail of Arthur’s clothing is recreated with fine detail such as his hoodie and the characteristic blue stripes of Special Fire Force’s uniform.

Arthur’s eyes, “Excalibur’s” blade, and the blue stripes of his uniform have been painted with a fluorescent paint which glows when shined with a blacklight.

This statue is perfect for any Fire Force fan! Be sure to get a hold of this figure and revel at the fine details and sculpt from every angle!

Enjoy the world of Fire Force by showcasing Arthur Boyle next to other statues such as ARTFX J Shinra Kusakabe, ARTFX J Tamaki Kotatsu, and ARTFX J Shinmon Benimaru! 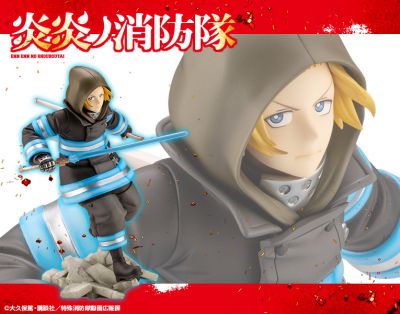 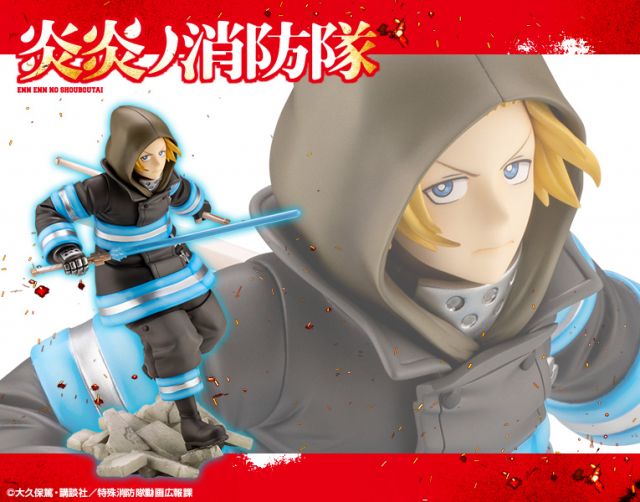