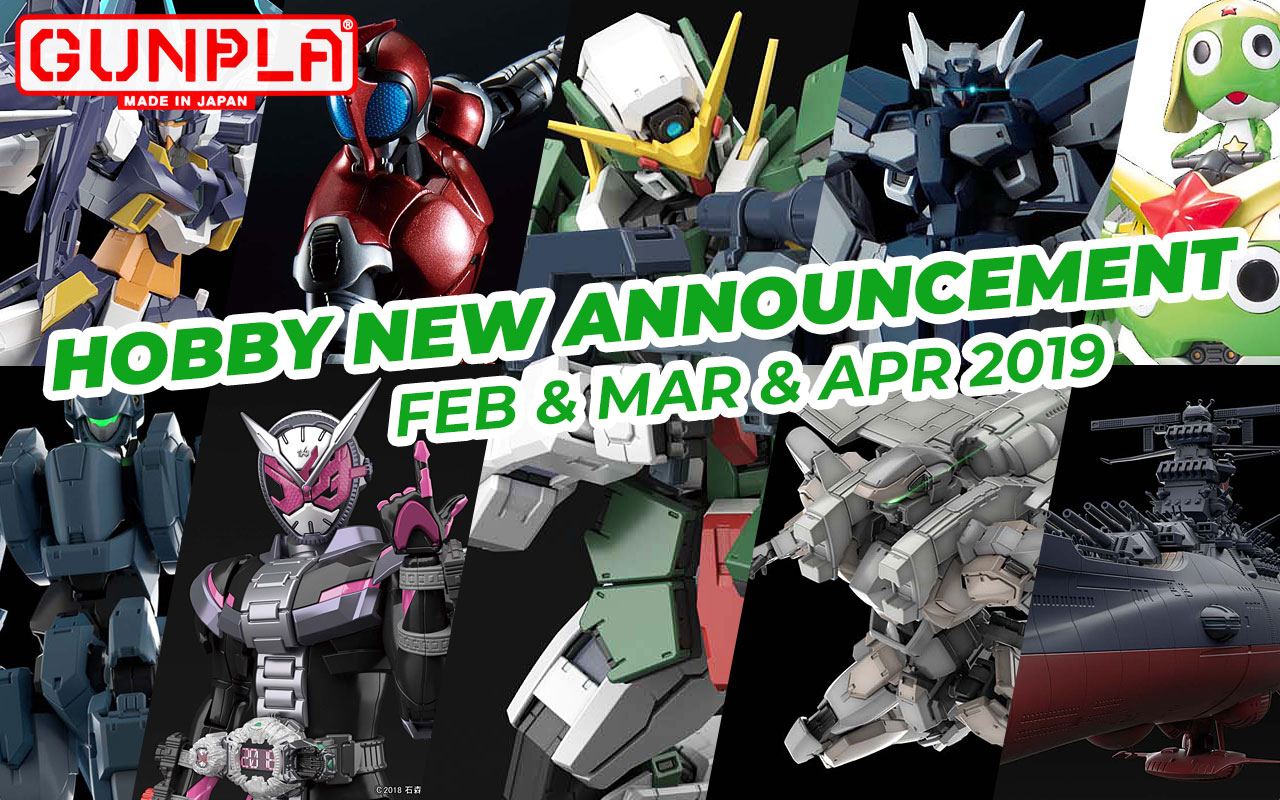 Introducing Gundam Zerachiel from Gundam Build Divers Break. This model comes with the GN Bull and GN Sky as well as its own display base. Runner x 14, Sticker x1 and Manual x 1

The alien frog invaders are back again to try and conquer the Earth--this time piloting "Mk.II" updates of their previous robots! A simple snap-fit assembly kit, the robot comes in parts molded in color, and a sheet of stickers is included to detail it up so no painting is required. Keroro Robo Mk.II is transformable from robo mode to jet mode, and can be combined with the other four Keroro Platoon members' Mk.II robots to form God Keron!

Kamen Rider Kabuto returns to the Figure-rise line to walk the path of heaven and rule over all as part of the Heisei era 20th anniversary celebration! New parts have been introduced to improve the range of movement and color detail of the suit allowing for more accurate portrayal of Clock Up and Rider Kick! Also includes Masked Form Armor, 3 types of Kabuto Zectors, Kabuto Kunai Gun, effect parts for Rider Kick, numerous hand parts, and display stand. Runner x 9, stickers, instruction manual

1/60 version of the new Arm Slave unit, the Gernsback, in Aggressor Squadron colors as seen in the sci-fi military anime “Full Metal Panic! Invisible Victory.” Created by Kanetake Ebikawa, the same mechanical designer behind the Gundam Exia, the Gernsback showcases Bandai’s model tech applied to non-Gundam robots giving it great range of motion to perform poses as if it were a human. The standard Arm Slave used by the Anti-Terrorist organization Mithril, it can be customized with a wide variety of military weapon configurations. Includes a 76mm sniper rifle, GDC-B 40 mm Rifle, GRAW-2 Monomolecular Cutter (combat knife), and M1101 anti-tank dagger. The original weapon system created for the plastic model, the Graz Mannlicher AWS2000 is included in an Assault Carbine configuration. All weapons between the Arm Slaves are compatible with each other. Approx 5.5” Tall. Runner x 17,Stickers x 1 and Manual x 1

The Final Edition ver of Space Battleship Yamato from Warriors of Love will become available. This version comes with a new mold for turrets, a signboard and other enhanced weapons. The model also comes with a dedicated stand and can be used with LEDs. Runner x 20, stickers x 2 and Manual x 1

The Black Bird, a new space carrier fighters on the Experimental Ship of Transcendental Dimension Ginga will be available as a 1/72 scale model. The unit comes with a black or blue nose to indicate different versions.