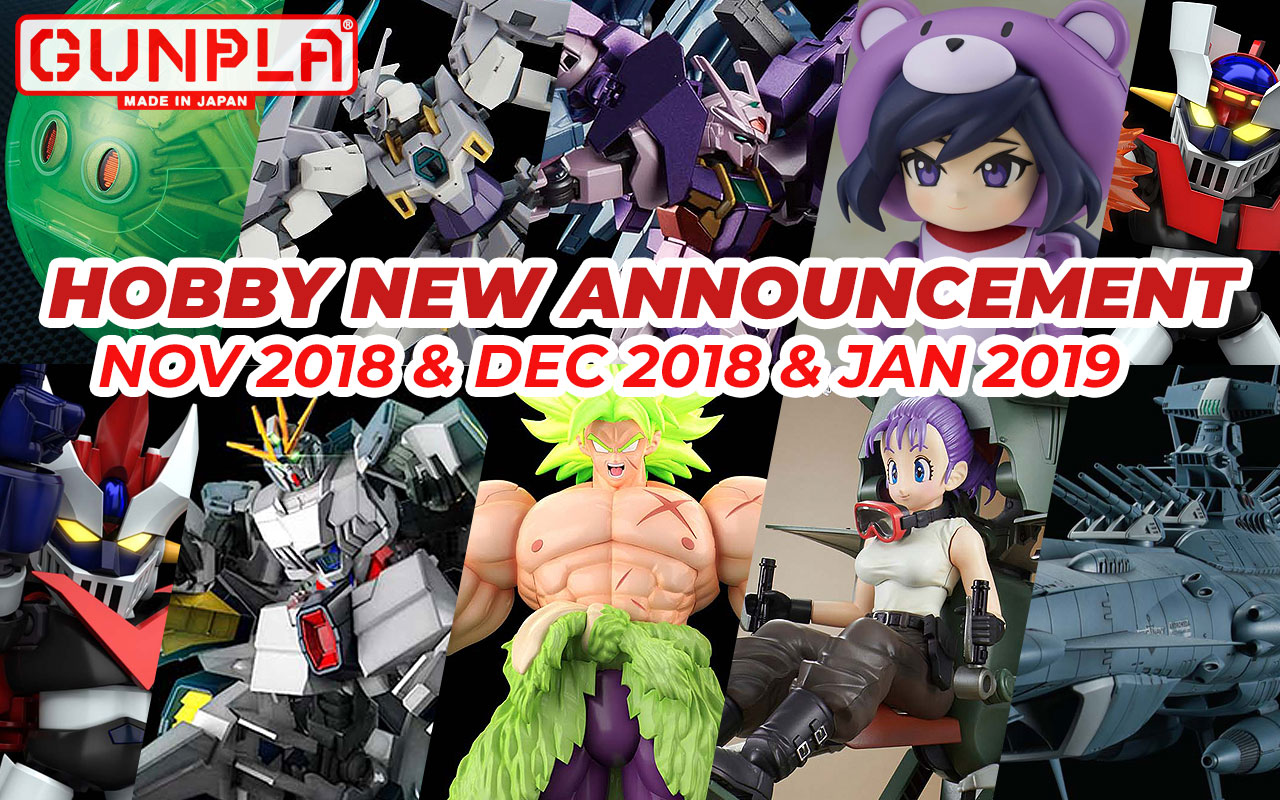 An amazing vehicle used by Bulma to search for the Dragon Balls! It includes transforming abilities that allow it to change between motorcycle into a bi-pedal and trike mode. Also includes a Bulma figure that has different hand and leg parts to allow her to pilot the controls for each mode and display base. Runner x 16, stickers, water decals, springs x 2, Instruction Manual

The creative solution to the GBN's AI appears in model kit form!

From the series, "Space Battleship Yamato 2202" (Star Blazers) comes the 1/1000 Andromeda class ship product which allows you to build 2 versions of the Andromeda. Can choose between the Andromeda and its upgraded parts after being damaged or its sister carrier type ship the Antares. Includes Quadruple-mount Wave Motion Gun parts, 2 Cosmo Falcons, 4 Cosmo Tigers, and display stand. Runner x 19, stickers, water slides, instruction manual.

The special troopers who worked under Emperor Palpatine and terrorized Luke and the others in the Star Wars comics and novels will be available as 1/12 scale models. This item is a P-Bandai Hobby Online Shop item.

The special troopers who worked under Emperor Palpatine and terrorized Luke and the others in the Star Wars comics and novels will be available as 1/6 scale models.

Broly, the Legendary Super Saiyan will be available in his new design from the Dragon Ball Super movie. He comes with scar mark stickers and optional face and hand parts.

Ayame from "Gundam Build Divers" series will be made available as a cute Chara’Gguy! Display either her iconic ninja mask peeking through the mascot head of the Petit’Gguy or use exchange parts to recreate the look of the classic Petit’Gguy. Set includes Ayame head x 1, 2 different faces, designated display base x1, and joint part x1. Runner x5. Sticker sheet x1. Instruction manual x1.