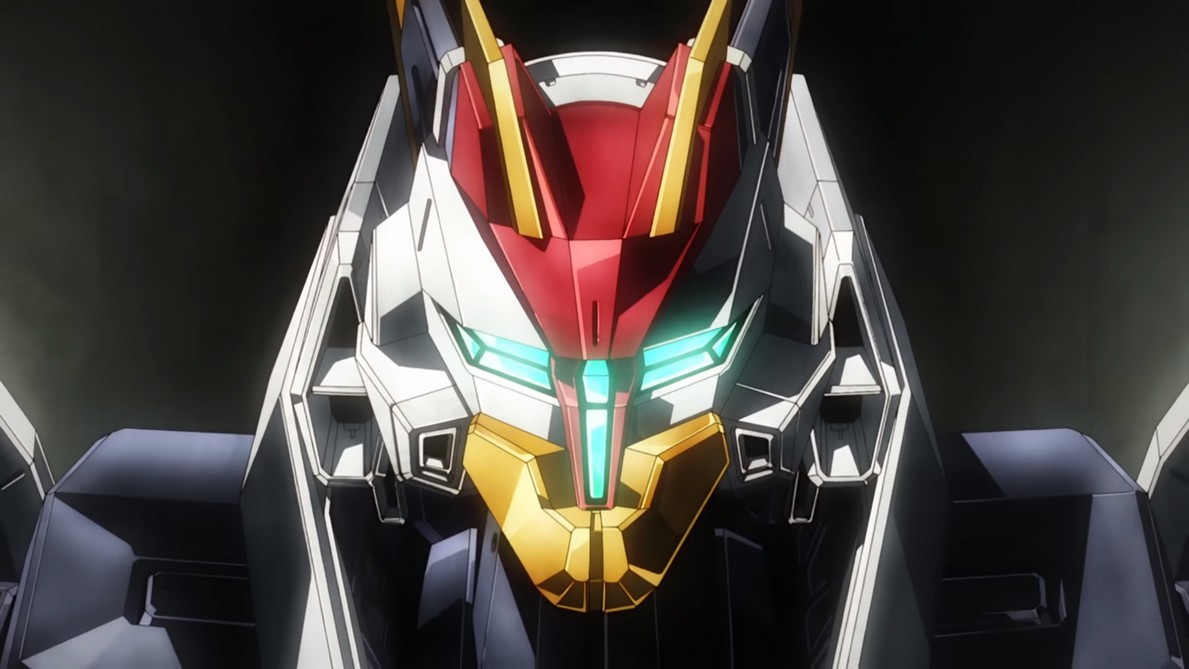 Get ready for the new anime coming this October!

You know the drill: there's a new Sunrise anime so there's going to be new model kits from Bandai before we know almost anything about the series! Our very first exposure to this phenomenon was Valvrave, and we hope this one goes better than that did.

The literal only idea we have about the plot comes from the My Anime List page, which we've included here:

"In the year 2061 AD, Japan has lost its sovereignty. The Japanese people spend their days as oppressed citizens after being divided and ruled by the four major trade factions. The country became the forefront of the world following the deployment of AMAIM—a humanoid special mobile weapon—by each economic bloc.
One day, Amou Shiiba, a boy who loves machines, meets Gai, an autonomous thinking A.I. The encounter leads Amou to cast himself into the battle to reclaim Japan, piloting the AMAIM Kenbu that he built himself."

So far there isn't any mention of space vampires, so we might be clear of the Valvrave comparison! Honestly though, these mechs have a very unique and "practical" look compared to a lot of robot anime, and the Boomerang looks especially like something straight out of Mechwarrior. Even though we don't have any idea where the characters and plot will take us, we know exactly what the model kits will look like and we're already big fans!

You can find all the available model kits for preorder in the related items below, and make sure to check back on the series page for more announcements!