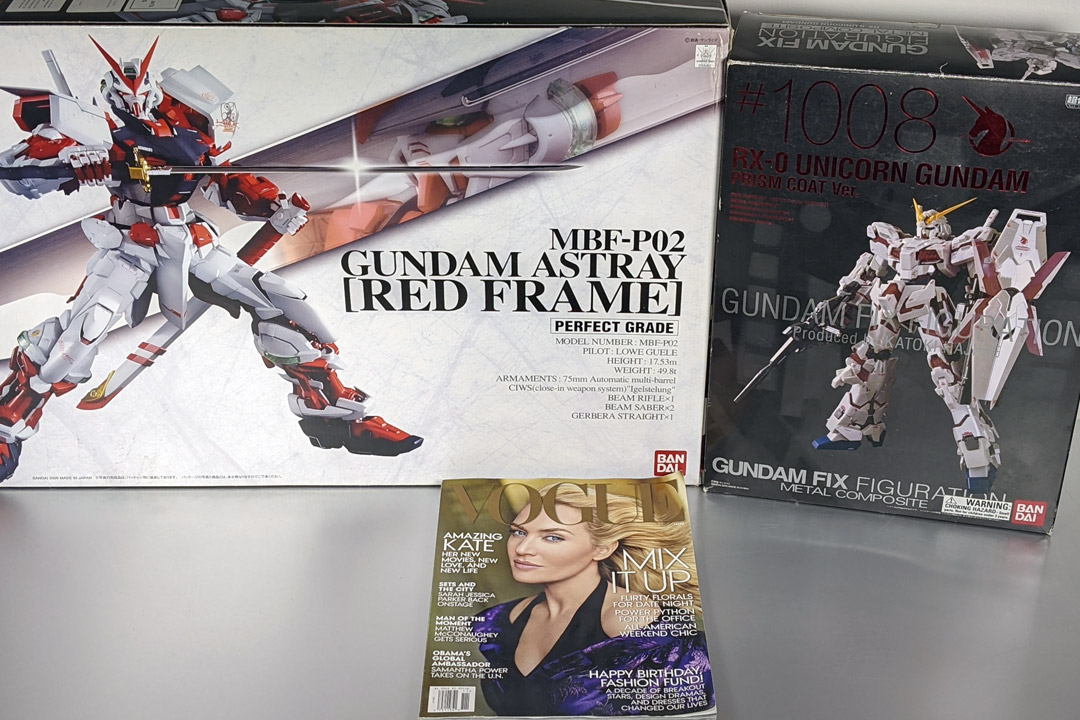 Hi everyone! For our first blog post in a while, we thought we'd have a little fun walking down memory lane and sharing one of the stranger things that's happened in our time in business. We hope you enjoy!

The North American Gunpla industry is almost completely indistinguishable now from what it was in 2013. There was no main Bandai presence and no marketing whatsoever, so the ability to share the hobby hinged on how far stores like ours could reach. We were still the "new guard" at that point, coming on the heels of stores like Gundam Store and More (loved those guys), Robot4Less, and BBTS. GGinfinite was barely more than a blog at that point as well (and to our knowledge the grifting hadn't started quite yet), so it was more or less the wild west.

Out of all those online stores, we were the only one even close to the New York City area, which ended up resulting in one of my favorite stories to ever happen in my time here. In July 2013, we received a general customer service inquiry from a Gideon Ponte who had found our site and needed "robots" for a "fashion shoot." The timeline was short; we only had 3 days to select candidate robots, send pictures, have them chosen by his team, and have them all cleaned up and photoshoot ready before our mystery man swept them away.

I was a little skeptical, being in my first 6 months on the job, having only just turned 23 (lil baby), and having someone referring to himself as "G" asking us to set up an expensive selection of Gundam products for him to come pick his favorite to whisk them away to a mystical photoshoot, all under the email subject line "hi". I politely expressed my concern and he hit me with:

"As for my credentials you can google me I designed buffalo 66 American psycho and nacho libre, I fully understand, and we work it out tomorrow."

I googled him and he was not lying.

If you haven't seen the FIRST GP warehouse, it was not much to see. It was less than 1000 square feet with hand-made shelves and an "office" that was absolutely built with plywood from home depot into a corner of the unit. The ceiling leaked and our loading dock was essentially located on a swamp that the rest of the building used to throw pallets and oversized junk. Not to mention, it was not even visible from the road. To get to our loading dock you had to go all the way around a football field-sized warehouse, along the back, and up the other side completely hidden from the road. It was more or less a disaster and I would not have blamed my new friend Gideon for deciding to leave after he arrived.

Instead he and his assistant apparently WALKED around the warehouse from the road and we helped them up onto the loading dock to come into our awful shoebox of a warehouse, where we had his assortment of "robots" lined up on a folding table for him. He was constantly beaming and looking around and calling everything "brilliant," and it was very apparent he loved how quaint the entire situation was. He sat on a folding chair and looked over each one for about 45 minutes while talking to us about posing possibilities, like which weapons were removable, what elements were articulated, which ones are more fragile for logistics purposes, etc. 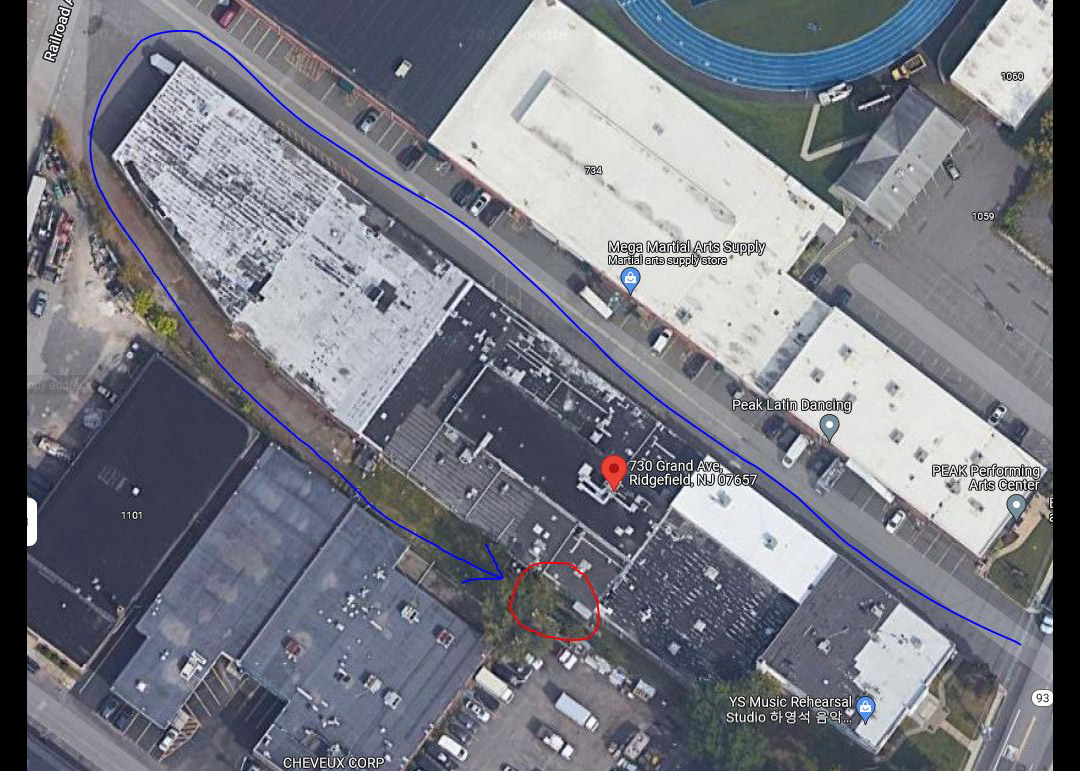 This was his walk. 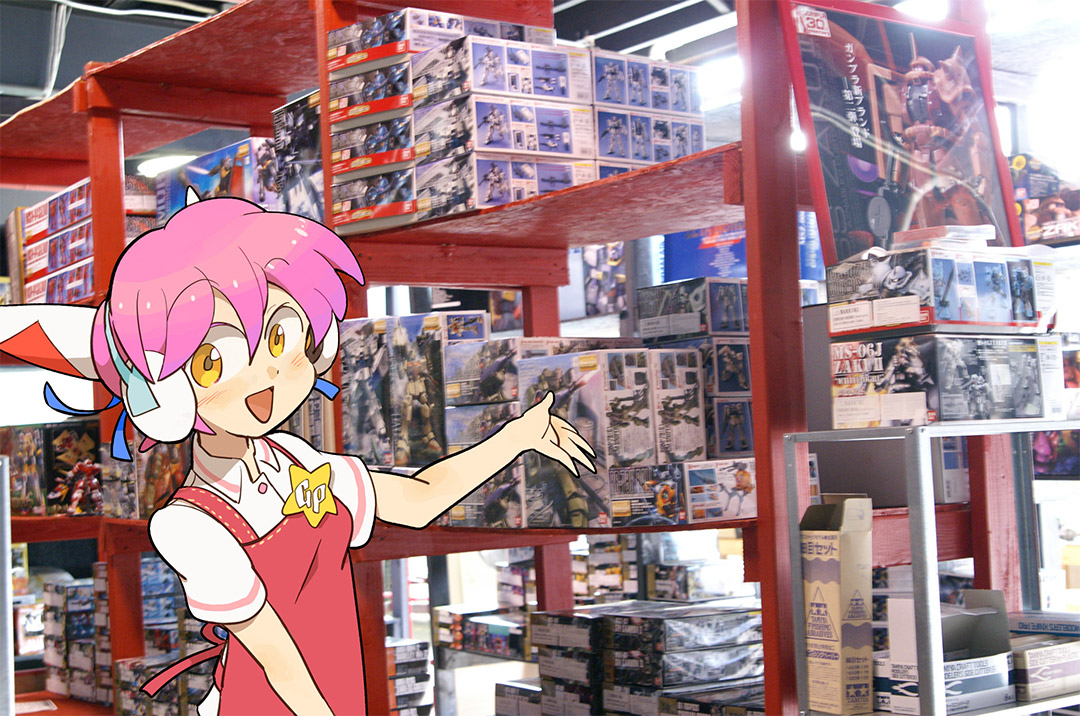 This was his destination.

He made his selections: a PG Gundam Astray Red Frame that I had built when I was 17, the Fix Figuration Metal Composite Gundam Unicorn Prism Coating that the store had on display, the PG Strike Freedom that Bandai had provided us after a trade show, and the Metal Build Freedom Gundam. He told us those were his final choices and that we could pack them however we felt was safest for his team to come get and transport to the city the following day.

(Like an idiot I asked him if they needed a ride back to the city--at that point I was driving a hand-me-down multi-color Mercury Sable wagon--and he laughed and said "Oh we have a car waiting," because of course they did.)

After the shoot, I received this email that I will never delete because it's so impossibly charming in hindsight.

"Thanks so much for the use of the Robots, in the end I think you will be very pleased with the results as they made 3 shots, fame !

We tried to take the utmost care, but we were unable to locate the unicorn that was on the helmet of the round (shorter) character. Please let me know what we can do to put this right. Thanks so much, also how should the name credit appear in the magazine ?"

For starters, those descriptions of the photos are literal perfect summations of the pictures themselves. It was impossible to know how accurately he conveyed the final product with that email. 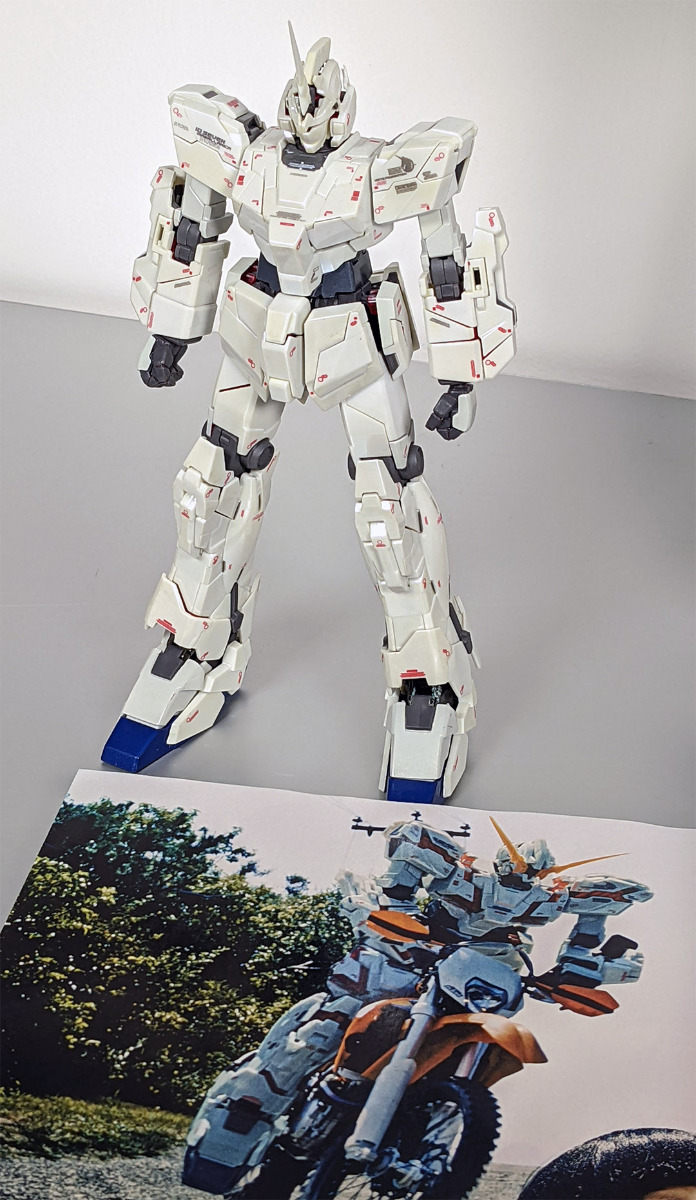 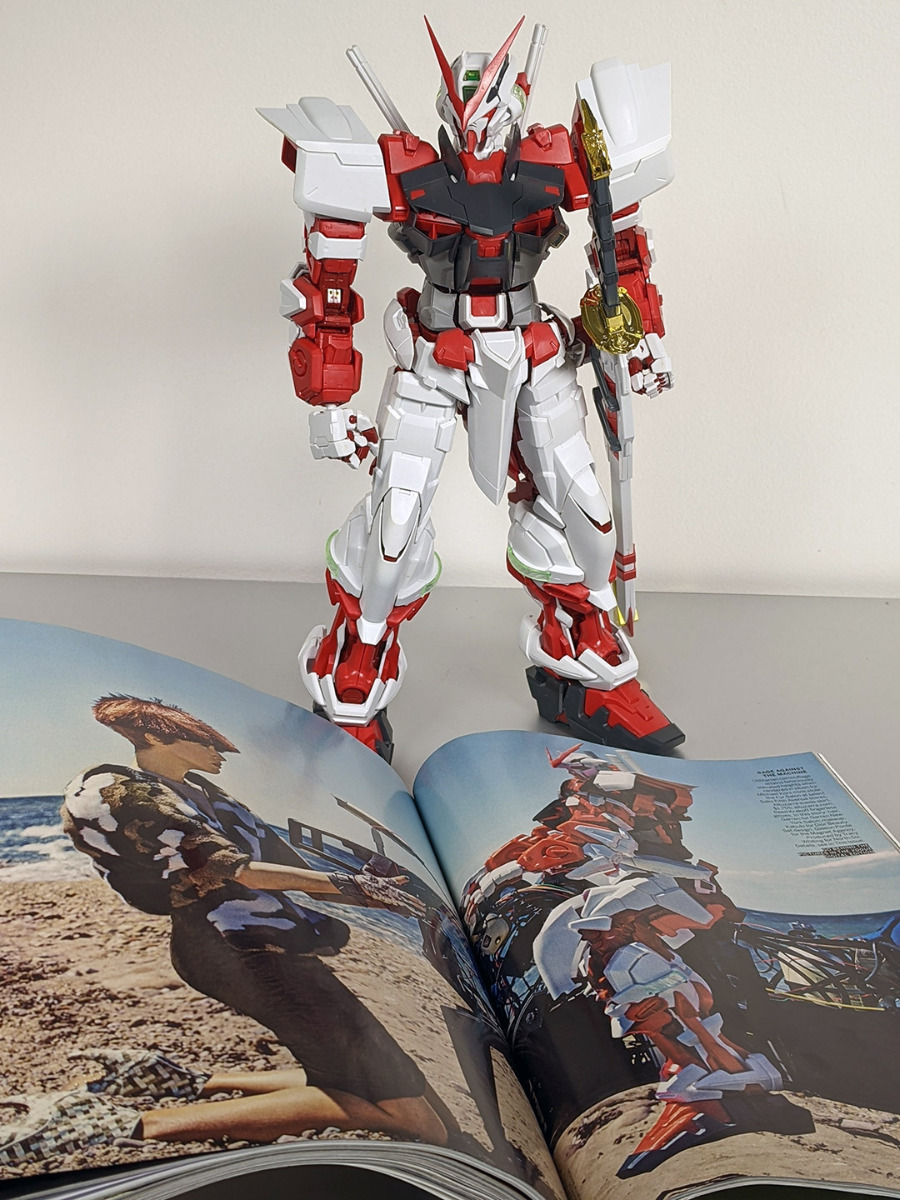 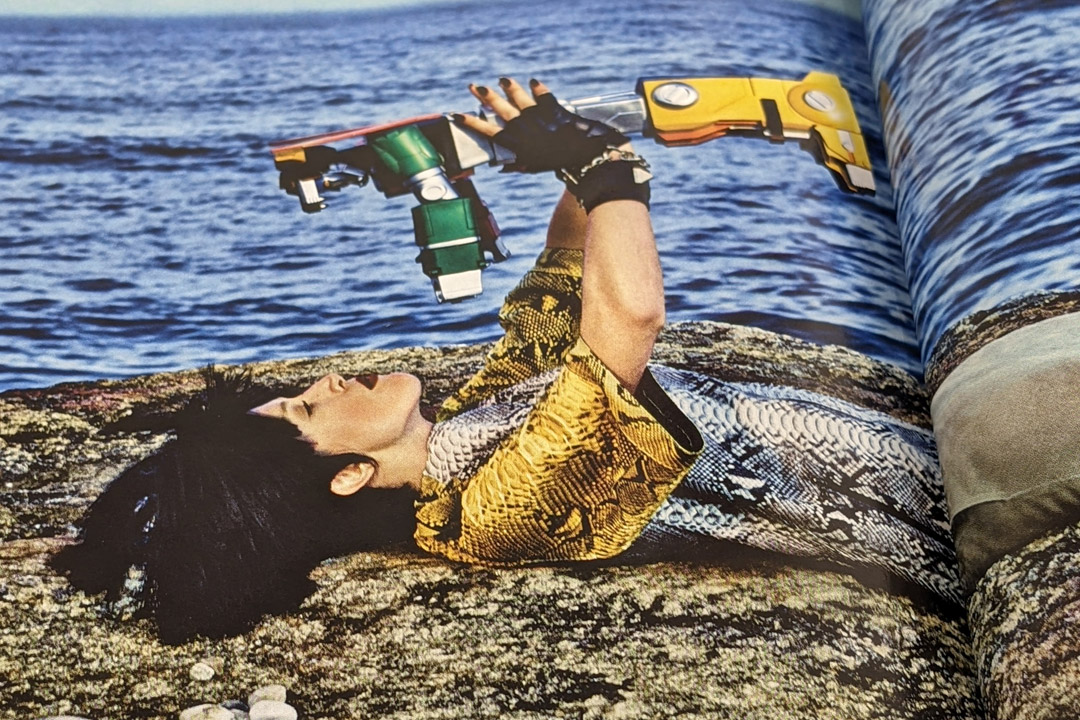 3. close up with the model

Second, we sent exactly how the name credit for the store should appear in the magazine and also provided the SKU numbers for the products themselves so that they could consult legal and make sure Bandai wouldn't have any issues with the way they were represented. Very sadly, it seems someone in high places vetoed mentioning our involvement and took over the copyright entirely--if you look in the center of the magazine, you can see the names of the product and the Sotsu Sunrise copyright, but our involvement isn't anywhere in the magazine or the behind the scenes, so you're just going to have to believe that this story is too insane for me to make up.

Third, don't worry about the Unicorn horn my guy. They come with spares for a reason.

Before Gideon went on his merry way into what I'm sure were more insane photoshoots, he gifted us the leftover robots that other people had donated to the project and told us that the shoot was for Vogue Magazine, which we had no idea was the case up until that point. I spent the next three months scouring the magazine sections of stores trying to find which issue it was because we were never actually told which one, until I found it in the November issue and almost lost my mind in Shop Rite. (I found the page and showed the cashier when I was checking out. She was not as enthusiastic as I was.)

This situation would be literally impossible in today's industry. If Vogue Magazine were to include Gundams in something, it would absolutely be as part of a Gundam-centered marketing push and everything would happen from the very top of both companies well in advance. There was something so fascinating about going from "clueless about a project" to "integral to the project" in three business days and then having a plastic model kit you built end up in Vogue Magazine on a "military pack robot." I'm not necessarily saying things were better that way, but they were definitely more spontaneous.

When our showroom does open, you can bet this issue of the magazine and these two Gundams will be on display in a case together. 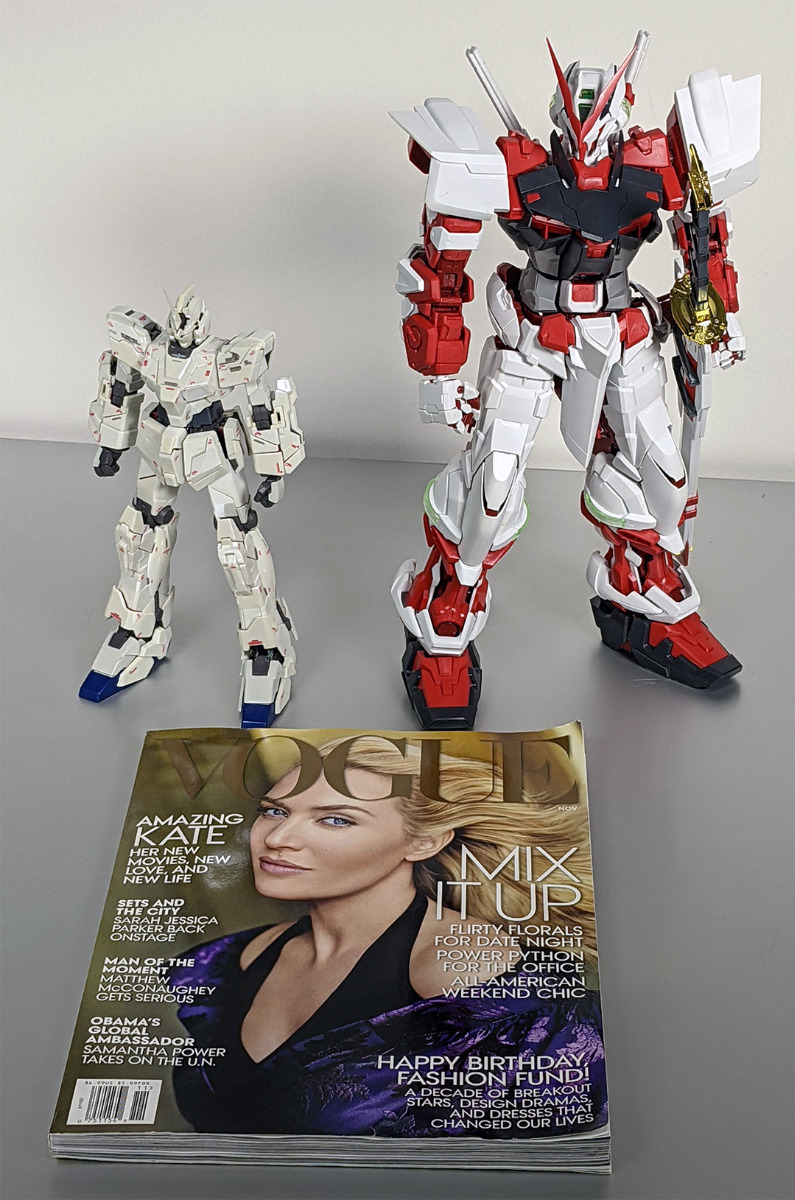