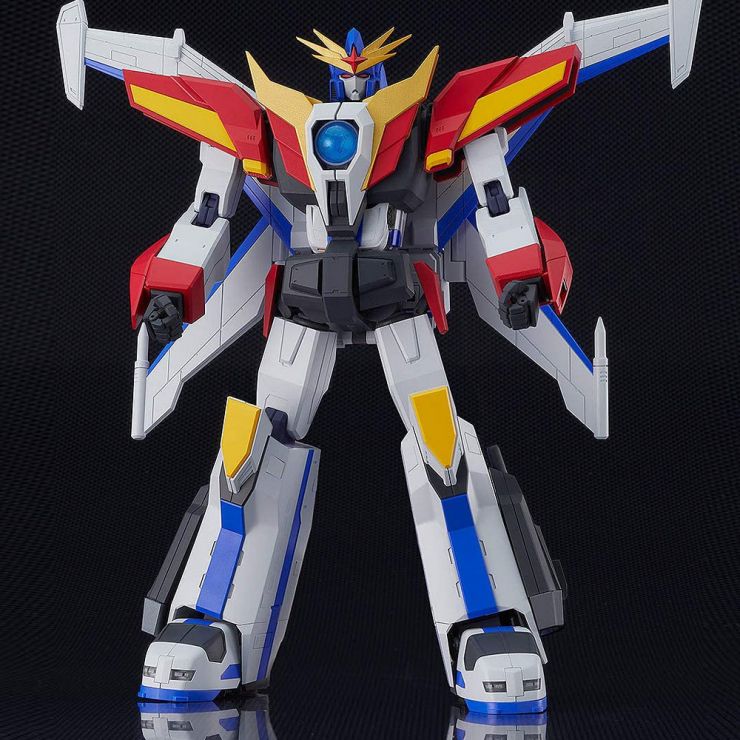 With this product, you earn 500 GP points.

Da-Garn X Da-Garn is a Sunrise Anime Studio is True in 1992 AD in Japan.

From the 3rd anime series in the "Brave" series, "The Brave Fighter of Legend Da-Garn" comes a new combinable action figure: THE GATTAI Da-Garn X!

· The action figure stands 250mm tall and features articulated joints.
· The brave fighter Da-Garn and the support mecha Earth Fighter and Earth Liner are all included, recreated in the style from the original anime.
· The three mecha can be combined to recreate Da-Garn X.
· The mecha can also be combined to become Da-Garn Jet, and a special stand is included to display it in flight.
· Special Liner form leg parts and Da-Garn X form leg parts for recreating the flashy action scenes from the series are included as well.
· The chest area can be opened, allowing you to recreate its Breast Earth Buster technique. Translucent parts have been used to recreate certain areas of the figure, like the earth design on its chest area.
· Set includes Da-Garn, Earth Fighter, Earth Liner, Da-Garn Blade, Earth Cannon x2, Interchangeable Abdomen Part, Interchangeable Leg Parts (2 Kinds), Interchangeable Hand Parts, Earth Fighter Display Stand, Da-Garn Jet Stand 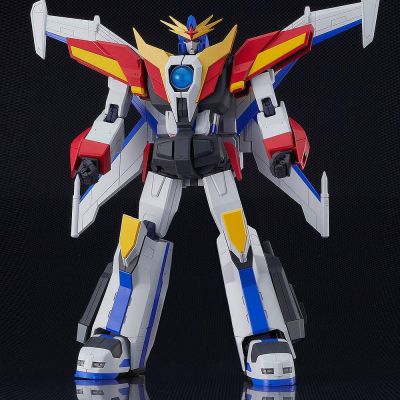 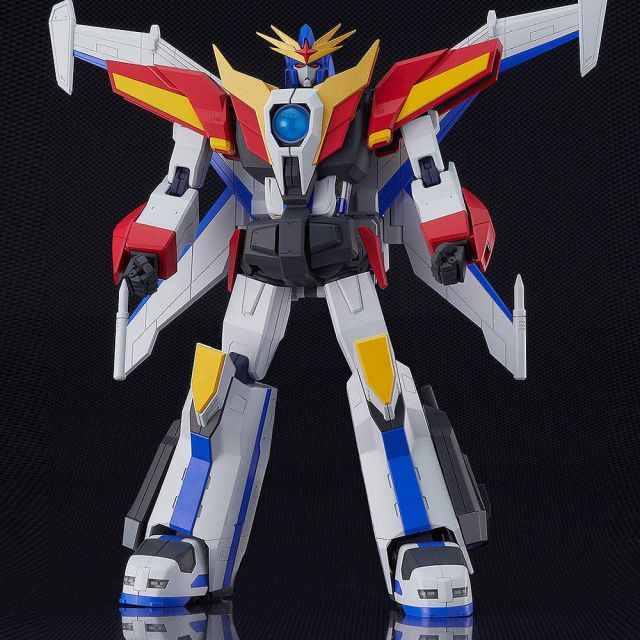