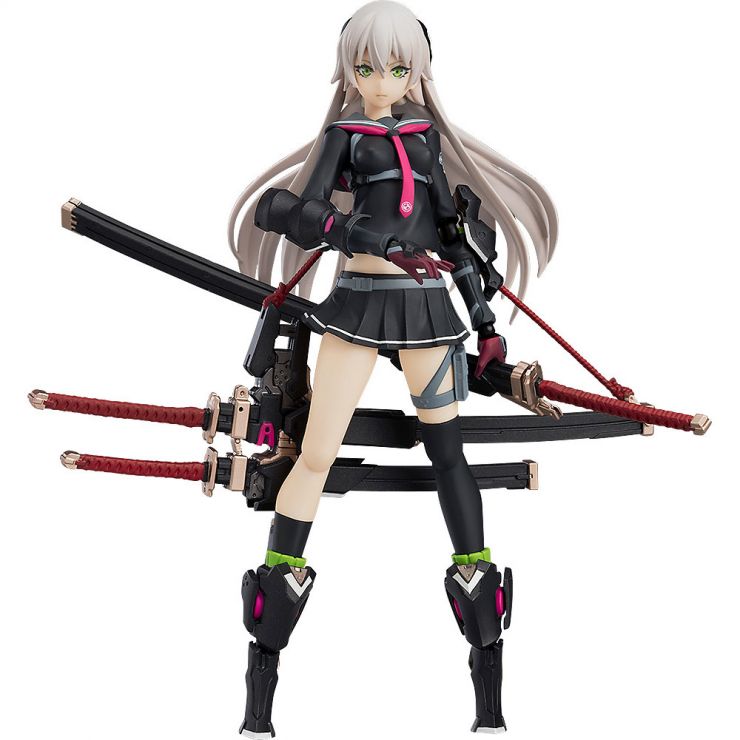 With this product, you earn 182 GP points.

The smooth yet posable figma joints allow you to act out a variety of different scenes.
She comes with two face plates including an expressionless face and a shouting expression.
The original illustration has been carefully converted into figma size as faithfully as possible.
The figma includes three huge swords, all of which van be sheathed in their respective sheaths.
A short dagger is also included at her heel, which can also be unsheathed. 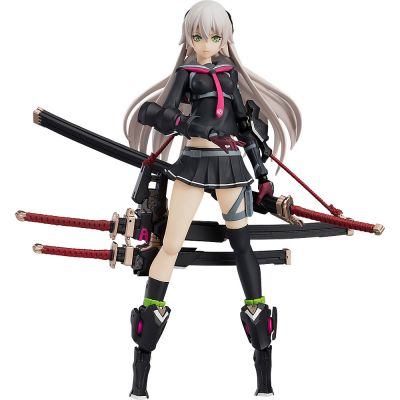 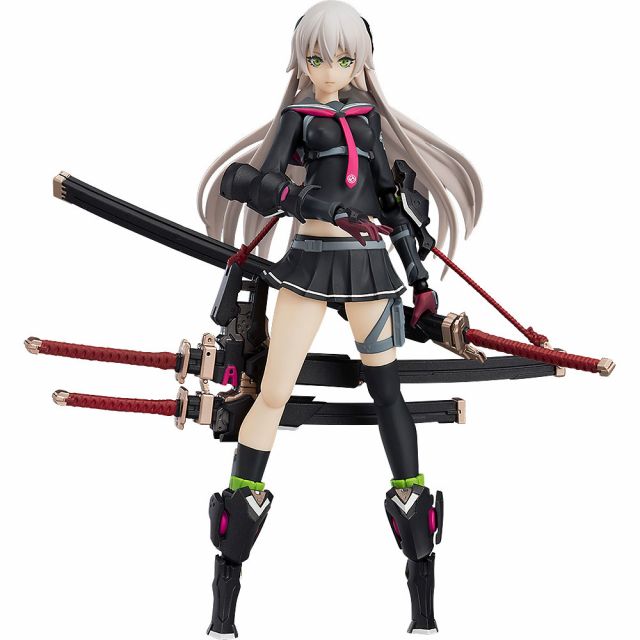