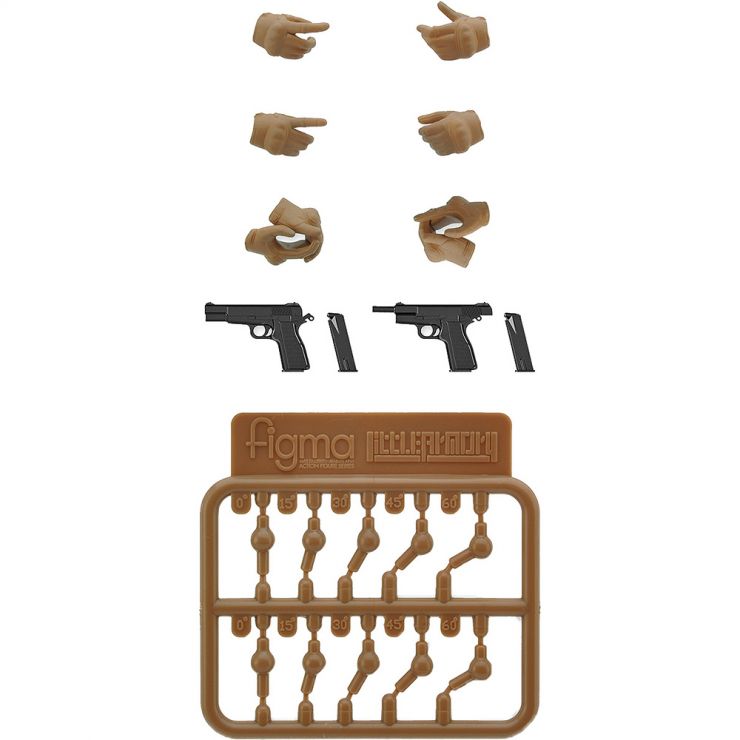 + Add your connection
Equip your figma figures with the Little Armory series!

TOMYTEC's 'Little Armory' series is a set of weapons that can be used by 1/12th scale figures. This set of figma hands allows figma figures to hold the weapons from the Little Armory set! In particular, this set is made to display your figures holding handguns, rifles and P90 type weapons that were difficult to use with previous handsets!

The set includes a combined left and right hand part for displaying your figma holding a handgun with both hands, hand parts for displaying your figma holding guns with angled grips and more, making it easy to display your figma with a wide variety of guns when paired with one of the previous handsets. The set also comes with runners for creating two 9mm auto pistols. Enjoy pairing with your Little Armory figma figures, figma Styles figures and more!

* Parts are sold as a connected plastic kit. Parts require no assembly but do require tools to be cut apart.
* The Little Armory weapons and figma figures are not included. This kit includes the hand parts only. 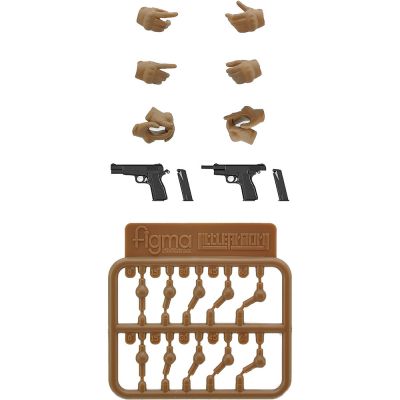 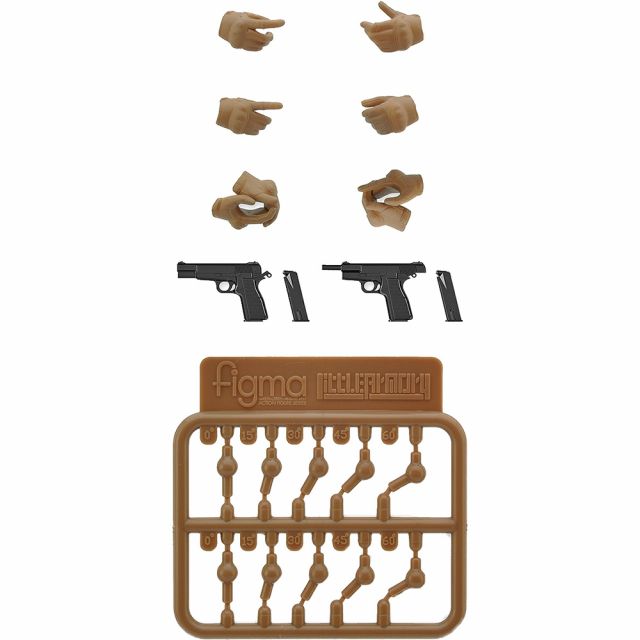