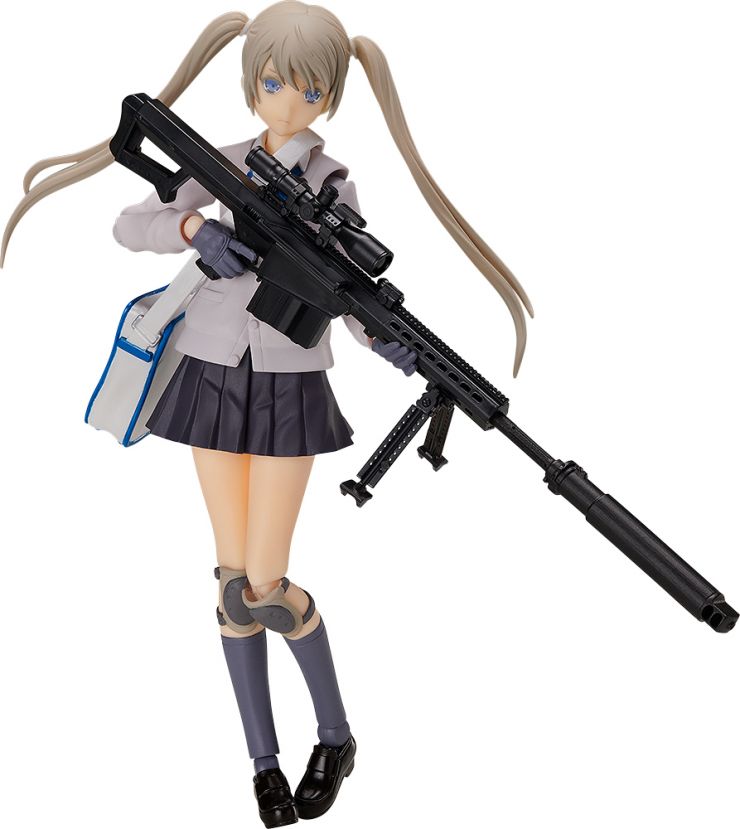 With this product, you earn 152 GP points.

+ Add your connection
The anti-materiel rifle specialist dressed in school uniform is back for a rerelease.

· The smooth yet posable figma joints allow you to act out a variety of different scenes.
· A flexible plastic is used in specific areas, allowing proportions to be kept without compromising posability.
· She makes use of drawer joints in her shoulders allowing her to easily wield the 'Little Armory' weapons.
· A plastic model runner kit for a M82A1 semi-automatic anti-materiel rifle is included. The model is limited to the figma release and includes a short barrel for short-range combat, a new model muzzle brake and large sound suppressor as optional parts to attach to the weapon.
· She comes with both a standard expression and an aiming expression for combat scenes.
· An alternate head part and base are both included which allow you to pose her prone.
· An alternate hair part with shooting glasses as well as a sports bag are also included as other optional parts.
· The background sheet of the product features a papercraft kit to create a vaulting box.
· The package includes an original illustration by illustrator Haruaki Fuyuno.
· An articulated figma stand is included, which allows various poses to be taken. 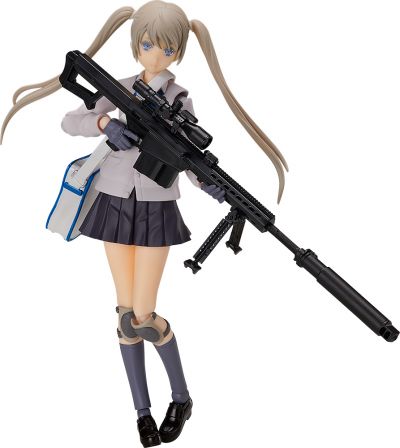 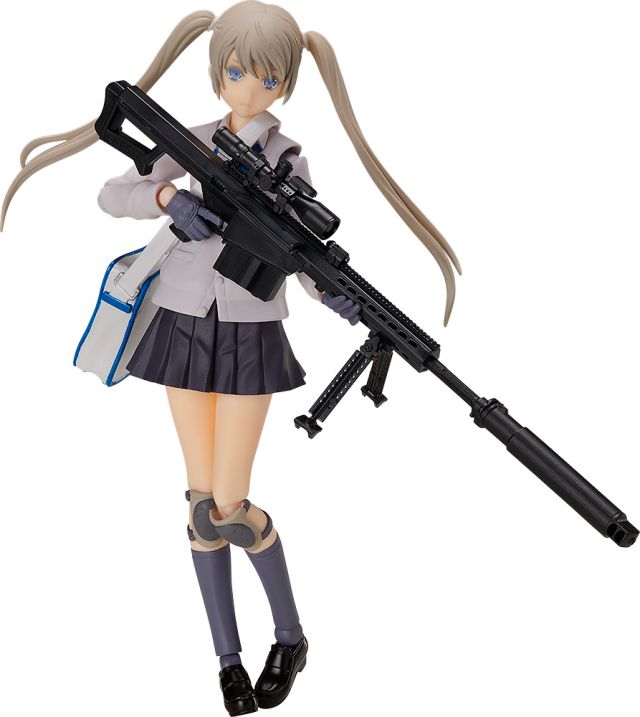