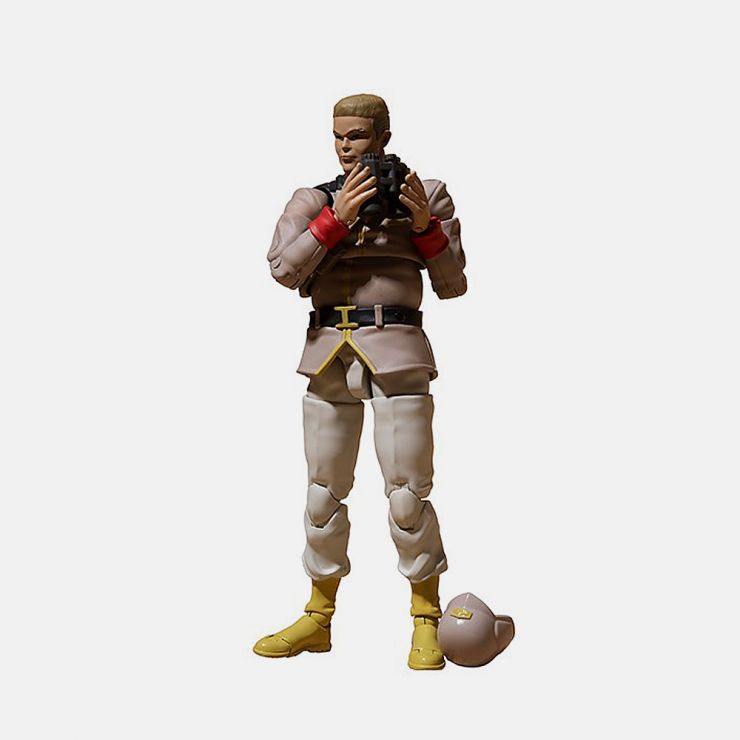 + Add your connection
From Mobile Suit Gundam comes the second collection of soldiers to join the Gundam Military Generation (GMG) of articulated figures.
The second set features three soldiers from the Earth Federation Forces - two male and one female of various builds are in the line-up. Each figure is approximately 10cm in height (around 1/18th scale) and is fully articulated for all sorts of different poses.

EDF Soldier 02 is a well-built standard soldier equipped with a standard pistol, standard rifle, holster and harness, ready to head into the fray. He also comes with a selection of interchangeable hand parts.

As an extra bonus two magazines are also included allowing you to display the soldiers having a break between battles. Be sure to display him with the other soldiers from the series for the complete experience! 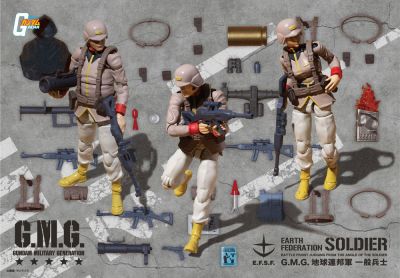 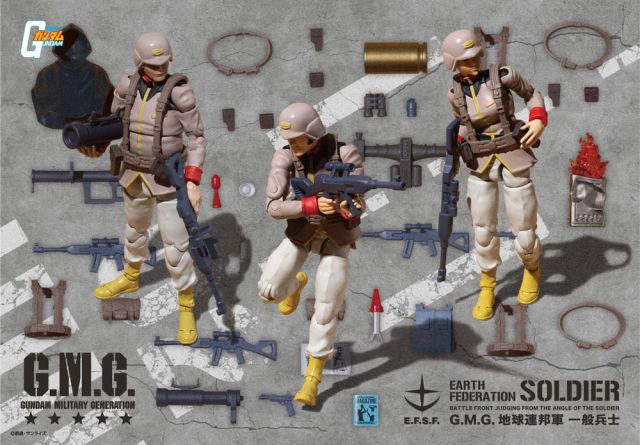