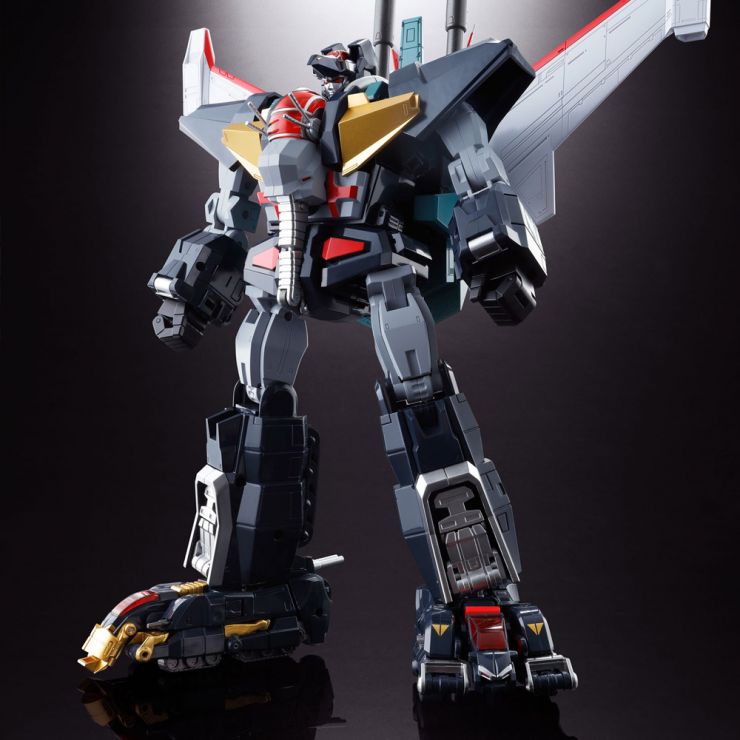 With this product, you earn 560 GP points.

7  comments + Add your connection
The GX-13R Dancouga, which was renewed in October 2017, is back! The release of the BLACK WING is also decided! Aim for the final Dancouga!

The fifth most requested reissue in surveys of Soul of Chogokin fans, Dancougar! It includes a variety of adjustments and improvements, including the head transformation, the colors, and the wing connection structure. The 250mm diecast Dancougar disassembles into the Big Moth, Eagle Fighter, Land Liger, and Land Cougar machines. The set includes the Danco-ken sword, two sword parts, two cannon, a beam gun for the Eagle Fighter, a blaster for Land Liger, a blaster for Land Cougar, a beam launcher for Big Moth, a connector for the Daigan, two pulse lasers for Big Moth, a stand for Eagle Fighter, a booster, and non-transforming head parts sculpted with form in mind. 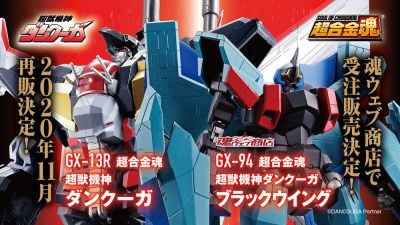 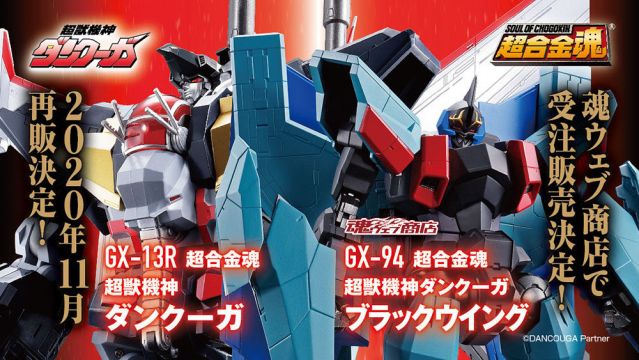