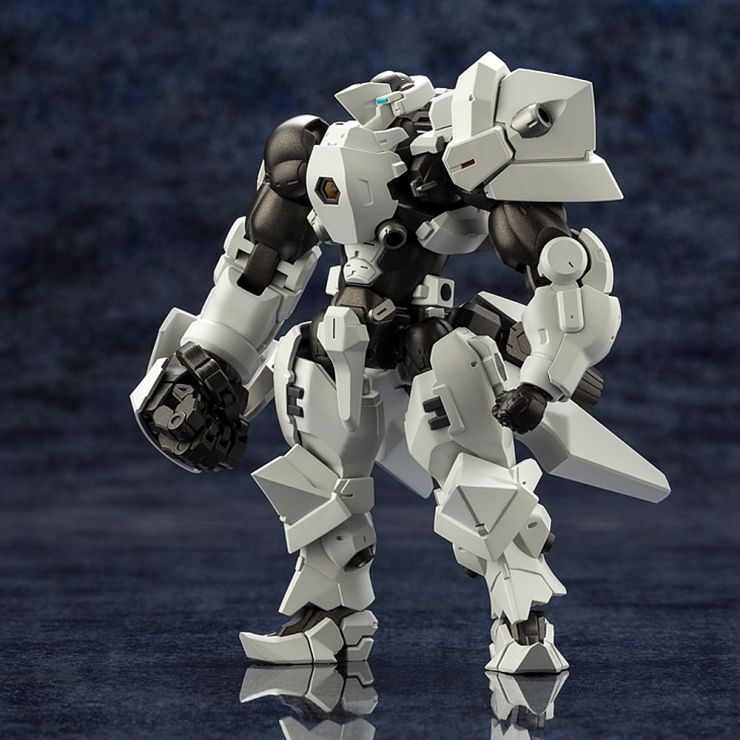 Skip to the beginning of the images gallery
Coming in Jan 2023Pre Order
Preorder this item by 08/24/2022 and get better deal!

With this product, you earn 106 GP points.

This is a project to systematically develop reinforced armor clothing called armor type: pawn. The most standard infantry and governor, the Pawn A1 (Advanced 1), and the Knight, which emphasizes the hexagear fight. And heavy mobile infantry type "Luke". The strange resemblance of these phylogenetic branches to that of the Variant Force's parapawns is very interesting when considered as a kind of convergent evolution.

■ The large right hand, a distinguishing feature of the character design, has articulated fingers for creating more human-like poses. It has a 3mm connection point that allows it to hold weapons firmly when joined with the included attachment part.
■ The gigantic manipulator can be assembled for either the left or right hand. The shoulder armor can also be swapped and attached to either side.
■ The model is equipped with numerous 3mm hard points that can be used with Modeling Support Goods 3mm BOOST EFFECT and other attachments sold separately.
■ The abdomen features a pull-out style of articulation that allows for dynamic action poses. In addition to the neck with three articulation points, the shoulders feature a built-in forward swing gimmick. The elbows and knees are double-jointed.
■ The booster unit on the lower back has a 3mm connection joint at the base and can move flexibly. The tip of each nozzle has a 3mm connection joint for attaching the Modeling Support Goods 3mm BOOST EFFECT sold separately.
■ Outfitted with special joints, the left and right arms can be used with Frame Arms Girl, Megami Device, SOUSAISHOJOTEIEN, ARCANADEA (sold separately) and more.
■ The sensor part on the left side of the head is recreated with pre-painted parts. The model is made from three colors: White, gun metallic, and clear orange.
■ This model can be connected to flying bases, sold separately. 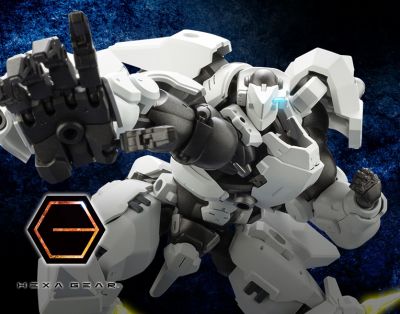 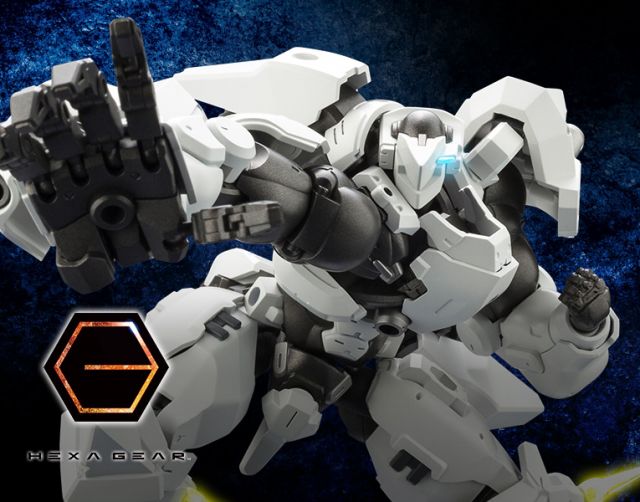 "Advanced Armor Project" This is a project to systematically develop reinforced armor clothing called armor type: pawn. The most standard infantry and governor, the Pawn A1 (Advanced 1), and the Knight, which emphasizes the hexagear fight. And heavy mobile infantry type "Luke". The strange resemblance of these phylogenetic branches to that of the Variant Force's parapawns is very interesting when considered as a kind of convergent evolution. Luke, dubbed the Heavy Armor type, has a skeleton that looks like an enlarged human body, and boasts a physique that is far from ordinary people when worn. Most of the wearers controlled by the brain-machine interface (BMI) are housed in the torso, and the limbs can be replaced with various equipment as extended prostheses. The large arm unit for fighting "Agatram", which is standard equipment, has high durability enough to fight against armor targets. The walking performance is very slow at the cost of the skeleton size and heavy armor, but the assault using the large mass and the propulsion device of the whole body makes up for it and exerts more power. Furthermore, the "Arc Shield (local plasma barrier)" created by oscillating the plasma discharger of the whole body becomes an excellent counter weapon against the plasma cannon that rages instead of the actual bullet, and further strengthens Luke's defense power during battle. It is supposed to be. However, it goes without saying that those powerful equipment groups also consume enormous amounts of energy according to their functions, and even with hexagram storage, there is a limit to the amount of time they can fight at full power. The wearer is required to perform advanced information processing and thinking operations that are incomparable to the pawn A1 in terms of energy distribution during battle, high-speed maneuvering, and fighting battles based on the skeleton itself. Among the main armor types bearing the name of the chess piece born from the "Advanced Armor Project", Luke, who specializes in infantry battles without hexagear and is therefore released from various restrictions, is equipped with KARMA itself. It is a power machine, and it is a foreign entity that has transformed into a genus of hexagear. In particular, its armor and breakthrough power are no longer in the category of governors, and it can only be called a variant. Its huge armor, which does not stop walking despite the ammunition that falls, can be said to be a new trump card for the Liberty Alliance. The possibility of a human being who is not a governor, is not a hexagear, but can even compete with Zoatex. Eventually, it converges on the thunder god "V-THOR".