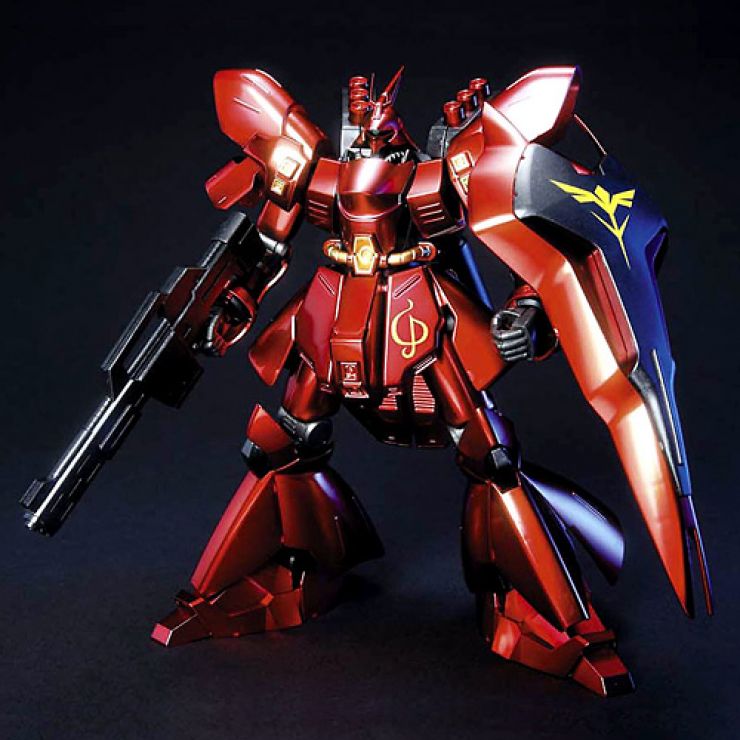 Skip to the beginning of the images gallery
Coating Version

With this product, you earn 134 GP points.

18  comments + Add your connection
Here's the metallic version of the HGUC Sazabi! The rest of the release is unchanged from the original!

Following the establishment of the second Neo Zeon movement, Char Aznable commissioned Anaheim Electronics to produce a custom-designed mobile suit specifically for his personal use. Painted in his trademark red color scheme and insignia, Char utilized the Sazabi as a front-line combat unit to personally lead Neo Zeon mobile suit forces against the Earth Federation Space Force and its Londo Bell subsidiary.
This suit was a big one, so it’s only fitting that the kit is big also! Again Bandai has treated us to the stunning display of metallic coating as well as some really great translucent parts for the beam weapons! Each funnel is its own unit, and several interchangeable hand pieces are included. It’s fitting that this great-looking kit was released to go against the equally as good-looking Nu Gundam, which is also available in metallic coating! Talk about an epic showdown. 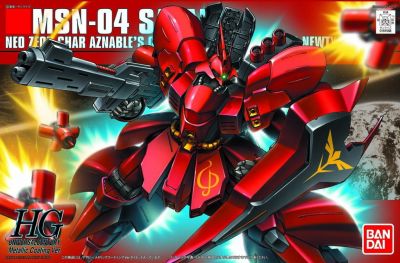 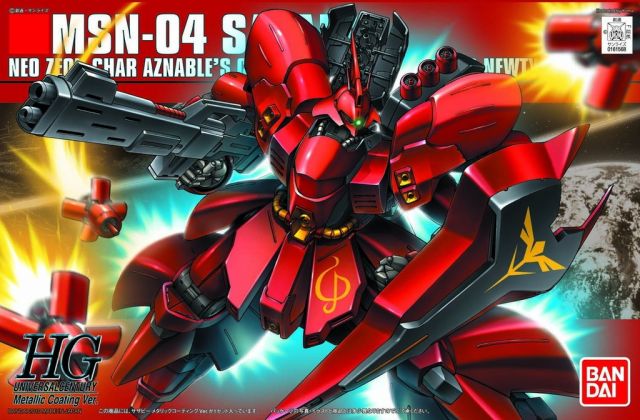