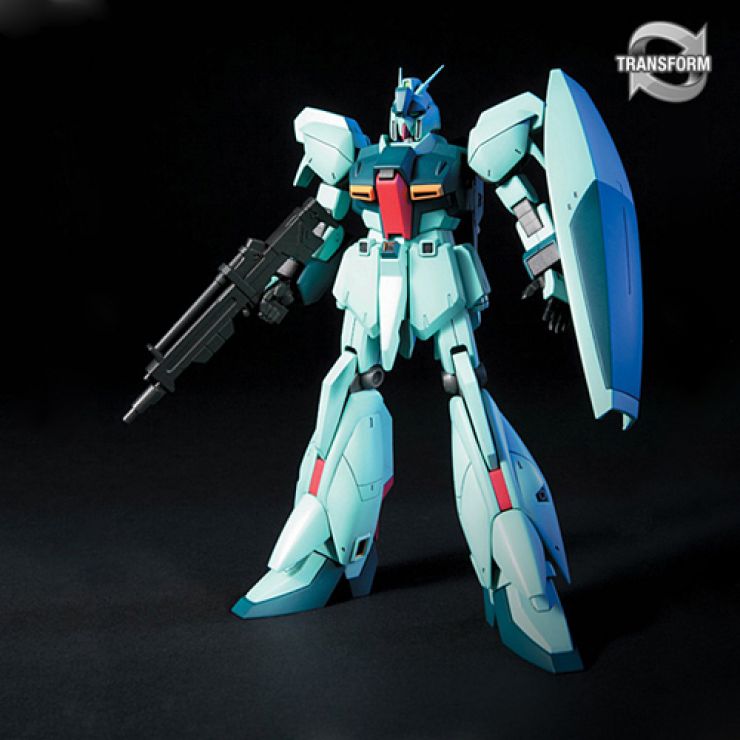 With this product, you earn 74 GP points.

A prototype mobile suit intended for mass production, Anaheim Electronics' RGZ-91 Re-GZ was a simplified version of the AEUG's MSZ-006 Zeta Gundam used in the Gryps Conflict and the Neo Zeon War. The Re-GZ (short for REfined Gundam Zeta) eliminated the costly and complex transformation systems used by the Zeta Gundam, instead docking with a specialized Back Weapon System (or BWS) unit which allowed the Re-GZ to assume a waverider-like form for additional mobility.
This kit captures all of that in a small HG package! Featuring a nice almost-metallic finish on the joint parts and weapons as well as full transformability into space fighter mode, this will be a cool addition to any collection, Zeta, Char's Counterattack or otherwise! The rifle can be stored inside the shield, and two beam sabers are also included. 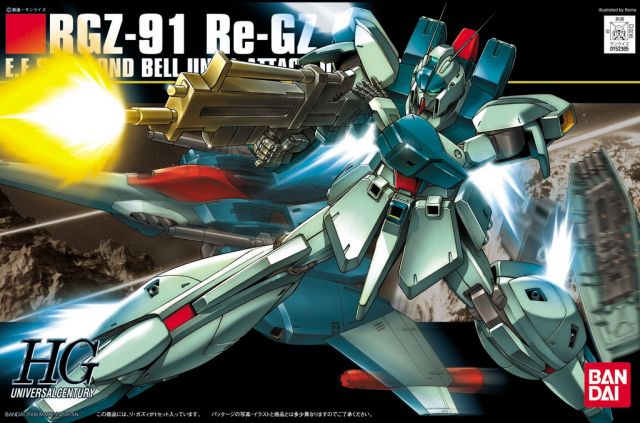