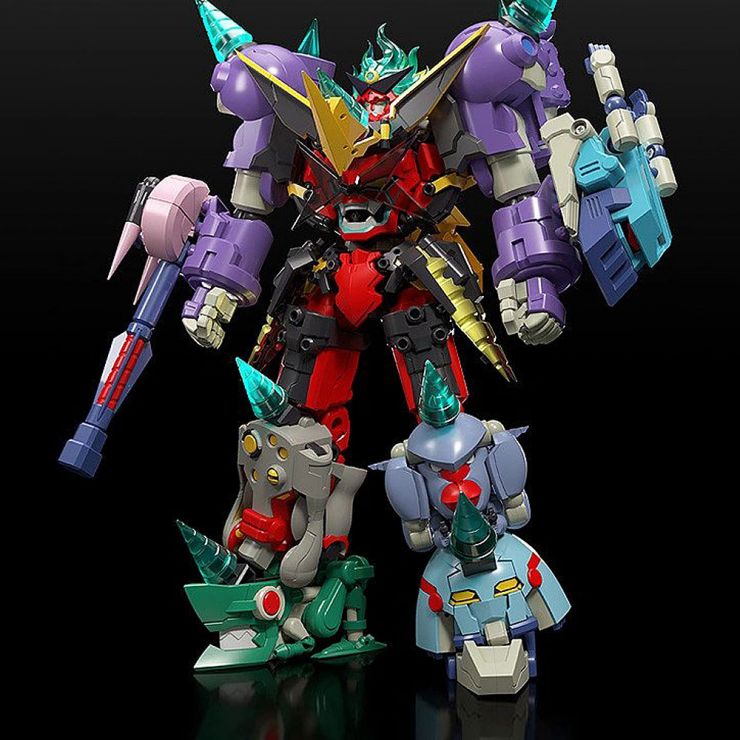 Skip to the beginning of the images gallery
Coming in Dec 2022Pre Order
ALRIGHT! LET'S COMBINE!
Preorder is still available but number is limited. Get this before it is too late!

With this product, you earn 510 GP points.

· The design of the action figure was supervised by animation production staff, including director Hiroyuki Imaishi!
· A total of nine mecha including Gurren Lagann and the other gunmen of Team Dai-Gurren combine into one (including Kiyalunga in weapon form)!
· When combined the action figure stands at approximately 240mm in height. Gurren Lagann alone stands at approximately 150mm in height.
· Gurren Lagann can be displayed performing a variety of actions, such as using its Giga Drill Break!
The sunglasses on its chest are detachable. A set of transforming sunglasses is included along with a pair of sunglasses for use with Gurren Lagann and a pair of sunglasses for use with Gurren Dan Lagann.
· Gurren Lagann's fully articulated joints can be moved to create action-packed poses even in combined form!
Giga Drill Spark effect part made with translucent parts can be mounted to the front or back of the figure.
Giga Drill Spark effect can be transformed into drill form and attached to its arm!
· Helmet for use in combined form, Giga Drill part and effect part can be combined to create a separate display piece. 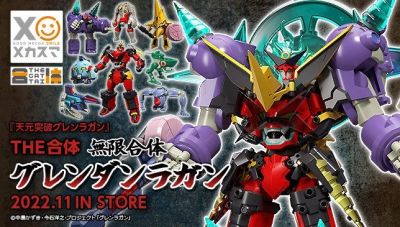 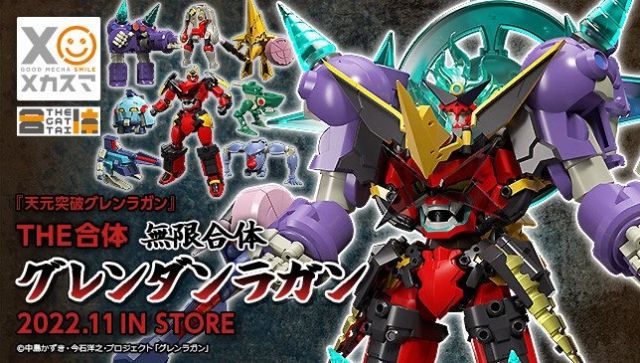