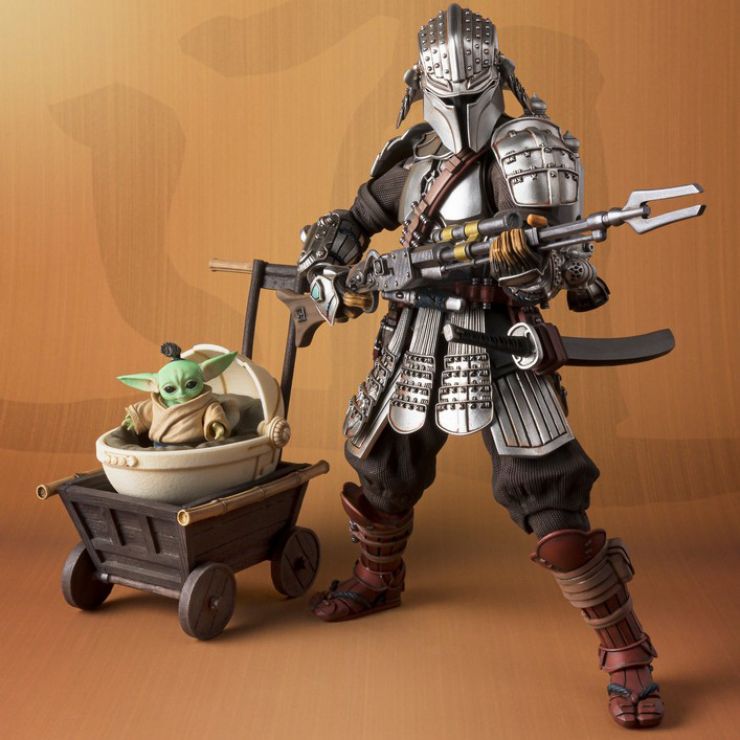 With this product, you earn 282 GP points.

+ Add your connection
The Mandalorian returns to the Meisho Movie Realization series with a completely new sculpt suit and armor inspired by the beskar armor from the Disney+ Series. Included with this figure is an in-scale figure of Grogu who can be seated in a pram inspired by wooden pushcarts from the Samurai era of Japanese history. The Mandalorian rifle and blaster are included as is his jetpack that he received at the end of the
first season of the show. [Set Contents] Main body, 2pairs of optional hands, Rifle, Jet pack, Blaster, Sword, Scabbard, Grogu, Pram, Push cart 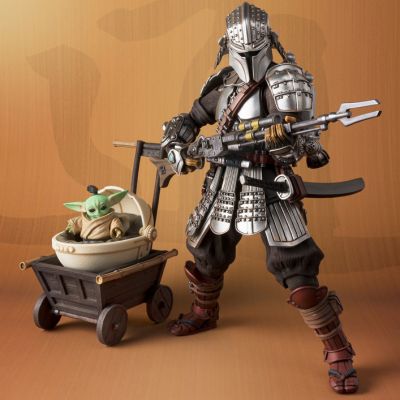 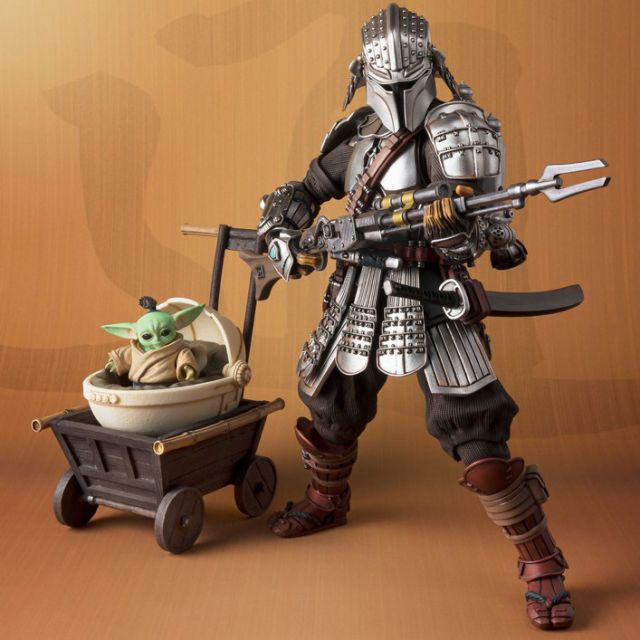