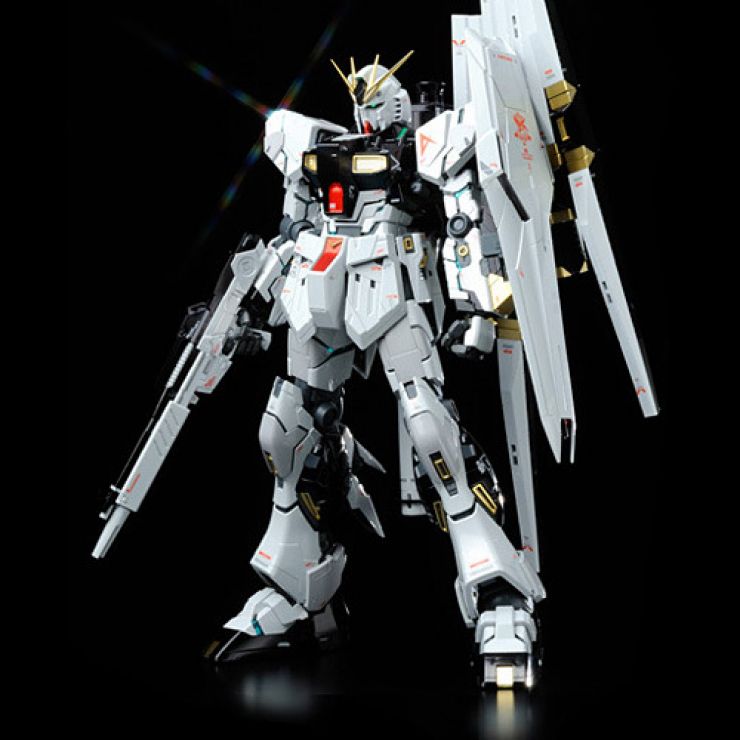 Skip to the beginning of the images gallery
Coating VersionVer.Ka

With this product, you earn 386 GP points. 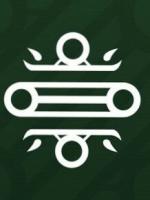 Mixed opinion. This kit looks really good when built. The metallic wash is really cool but also troublesome. It gat ...

If you think the original Nu Gundam Ver. Ka just wasn't amazing enough, you have some very high standards! Those standards should be met and exceeded by this rendition of the kit, cast in beautiful metallic finish! The rest of the kit remains the same, but the visual flash will make it stand out from the crowd! Featuring new modeling technology refined since the original MG Nu Gundam release, this Ver. Ka incorporates new gimmicks such as foldable tabs on weapons to allow for better gripping and a head with light up eyes using an LED (sold separately). A new armor opening feature reveals portions of the internal frame which feature bits of embedded "psycoframe," new to this interpretation. Hands on this release feature a new refined articulated finger system used on the larger scale Perfect Grade series allowing expressive hand and individual finger movement. This release includes all of Nu Gundam's weapons including large and small beam saber, beam rifle, hyper bazooka, weapon shield, and 6 fully deployable Fin Funnels. A custom stand in the shape of Amuro's insignia is included as well as holders to display the fin funnels deployed. 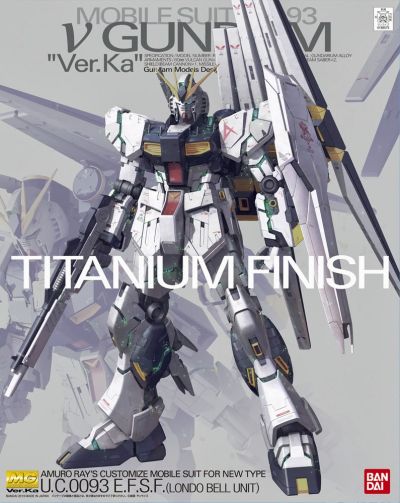 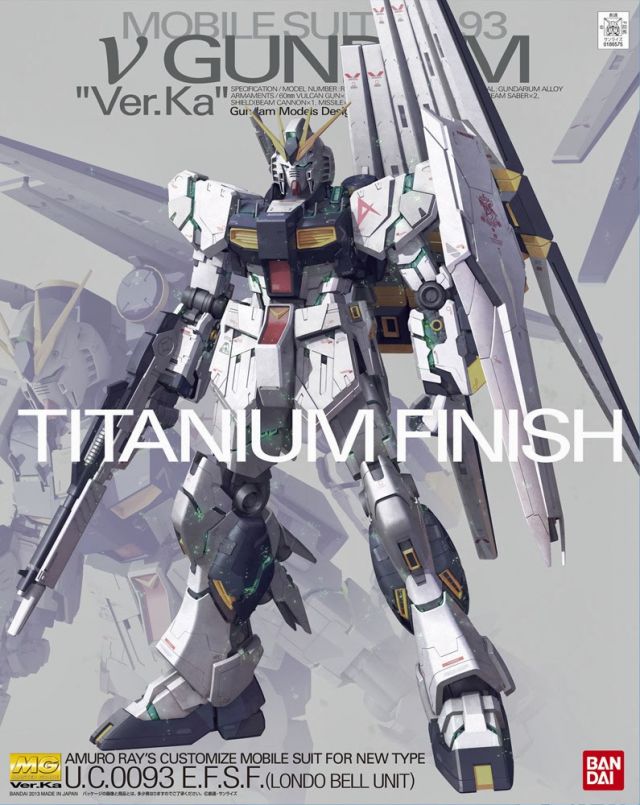