In the final days of the One Year War, a Zeon special forces group infiltrates a colony to gather information on a new Gundam unit. Alfred Izuruha, a 10-year-old student, befriends Zeon rookie pilot Bernie Wiseman during a brief mobile suit combat. Meanwhile, Al meets up with Christina MacKenzie, his former neighbor and babysitter. Little does he know that not only is Christina a member of the Earth Federation, she’s the test pilot of the new Gundam NT-4 prototype.

Austin Sherwood has this! 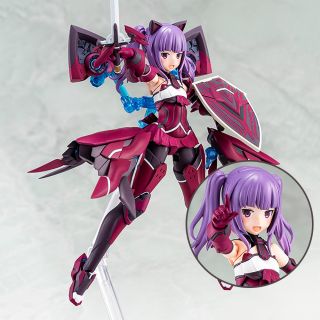 Megami Device x Alice Gear Aegis Ayaka Ichijo You have this? Share your review!
So Small so Awesome! - I just got mine finishes recently as of this review. I haven't played Alicr Gear Aegis but I do love these designs Megami Device is putting out as kits. Ayaka herself is indeed smaller than the other girls but her weapons, armor and detail among them more than make up for her small stature. She has a lot of equipment and option parts so you'll be able to find new poses for her for a while!
Popular Now