It is now the Post Disaster era, roughly 300 years have passed since the end of the great conflict known as the "Calamity War". The protagonist, a boy named Mikazuki Augus, belongs to a private security company called Chryse Guard Security (CGS). The company accepts a mission to escort Kudelia Aina Bernstein, a girl who seeks to liberate the Martian city of Chryse from the rule of one of Earth's major powers. However, the military organization Gjallarhorn attacks CGS in order to nip this rebellion in the bud. CGS begins an evacuation, using Mikazuki and the other children as decoys.

Jonathan Hewitt has this! 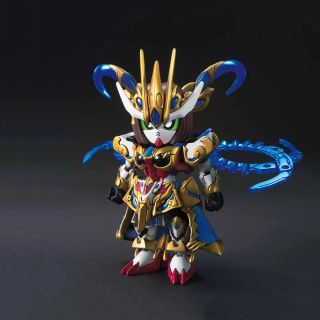 SD Sangoku Soketsuden 22 SunShangxiang Strike Rouge You have this? Share your review!
Good, but far from great - Pretty good, although as a warning, the finished product doesn't look nearly as good.
Popular Now