A mysterious mobile suit infiltrates the space colony known as Gryps, headquarters of the dreaded Titans. Its pilot is Char Aznable, the infamous Red Comet, who now fights for the rebel AEUG group under the alias Quattro Bajeena. After confirming that the Titans are developing a new Gundam mobile suit, Char rejoins his teammates at the civilian colony Green Noa 1, where more of the new Gundams are being tested, and signals the AEUG flagship to begin its attack.

Benjamin Demers has this! 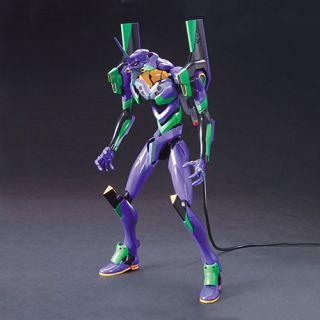 Evangelion Unit-01 Test Type You have this? Share your review!
quick and nice build but has very low stability - because the limbs and torso are ling and exaggerated this guy has some trouble staying up on his own defiantly need to buy a stand to pose with.
Popular Now