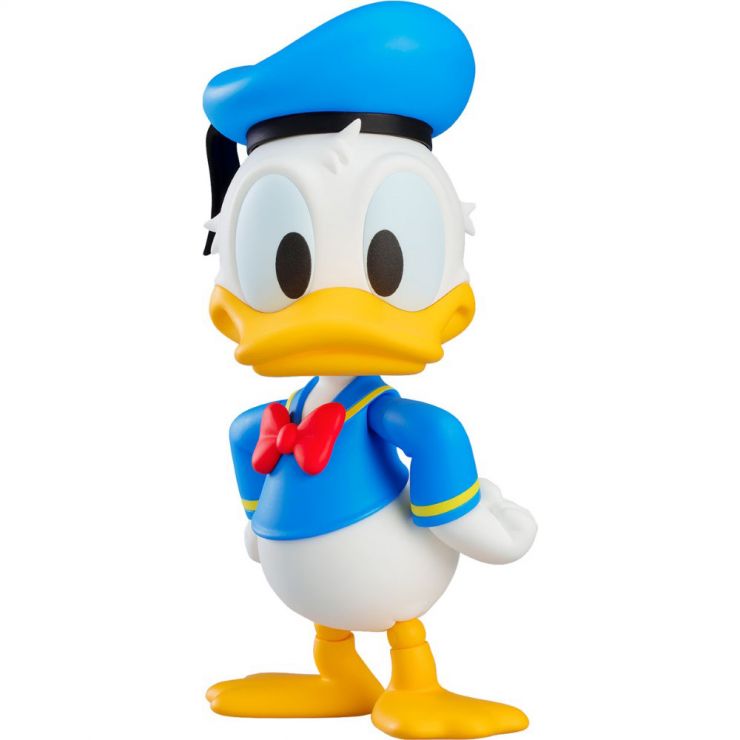 + Add your connection
Donald Duck is joining the Nendoroid series!

The long-beloved Disney character Donald Duck is joining the Nendoroid series! In addition to a standard face plate, the Nendoroid also comes with a winking face plate and an angry face plate! Two different bill parts that can be attached to each face plate are included as well. His sailor hat is also removable, and can be attached to a special support arm to be displayed in midair. Optional parts include 3 kinds of eye parts to pose him looking different directions and a ring of cartoon stars to display over his head. A magnet is also included in the lower body of the figure, allowing you to display him at though comically stuck in a wall on metal surfaces with the included film sheet. Be sure to add him to your collection! 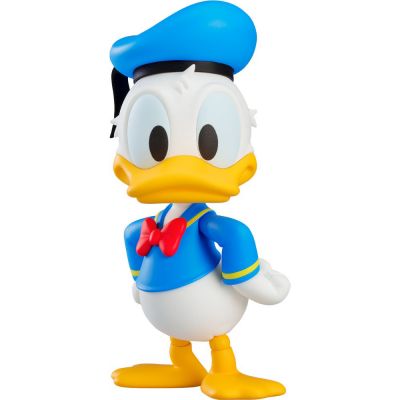 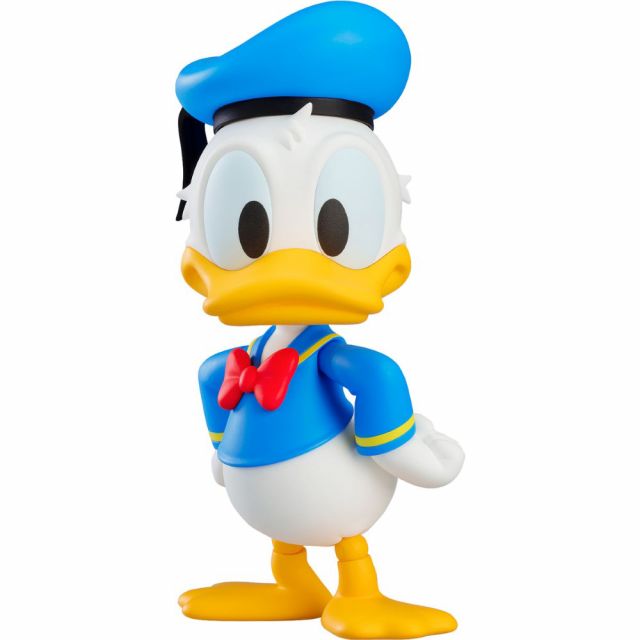