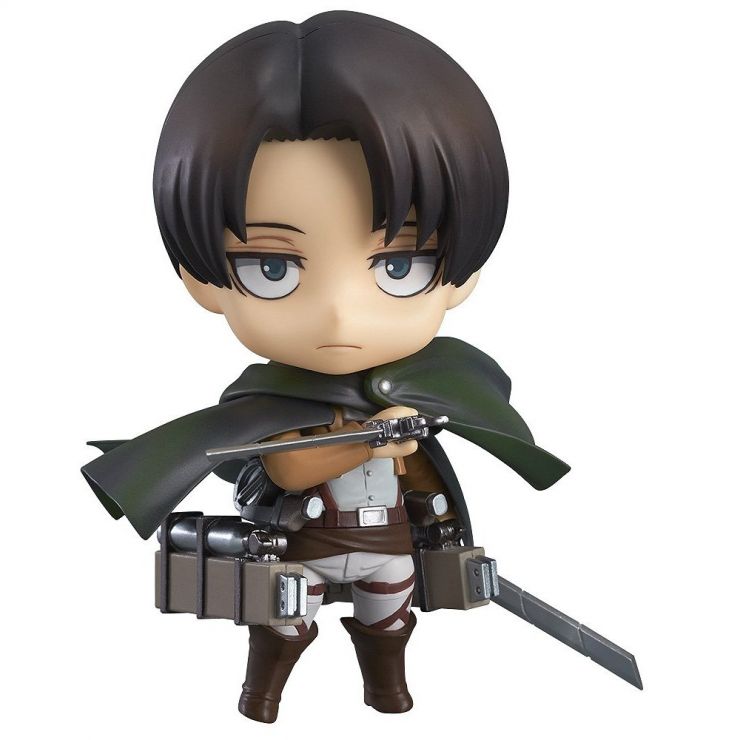 From the anime series 'Attack on Titan' comes a rerelease of the Nendoroid of mankind's strongest soldier, Levi! His standard expression, a combat expression and a condescending expression are all included!

Just like Eren and Mikasa, he also comes with his Vertical Maneuvering Equipment and dual blades to be posed in action - but also comes with reverse backhand grip parts and maneuvering parts specially suited to his unique fighting style! His Survey Corps cape is also of course included. 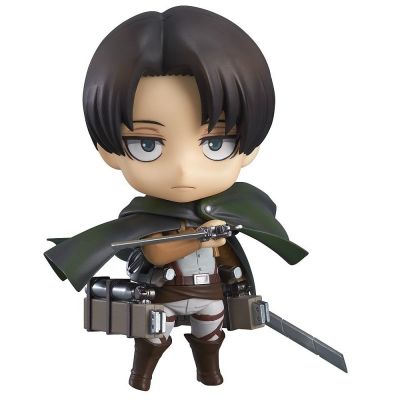 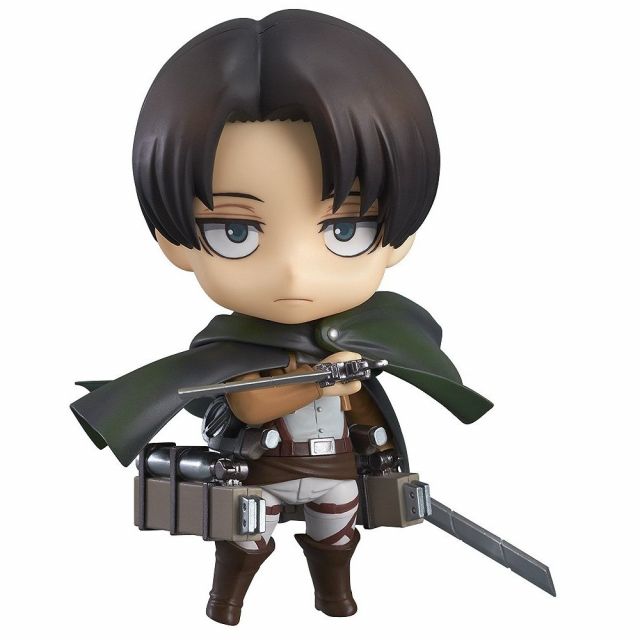