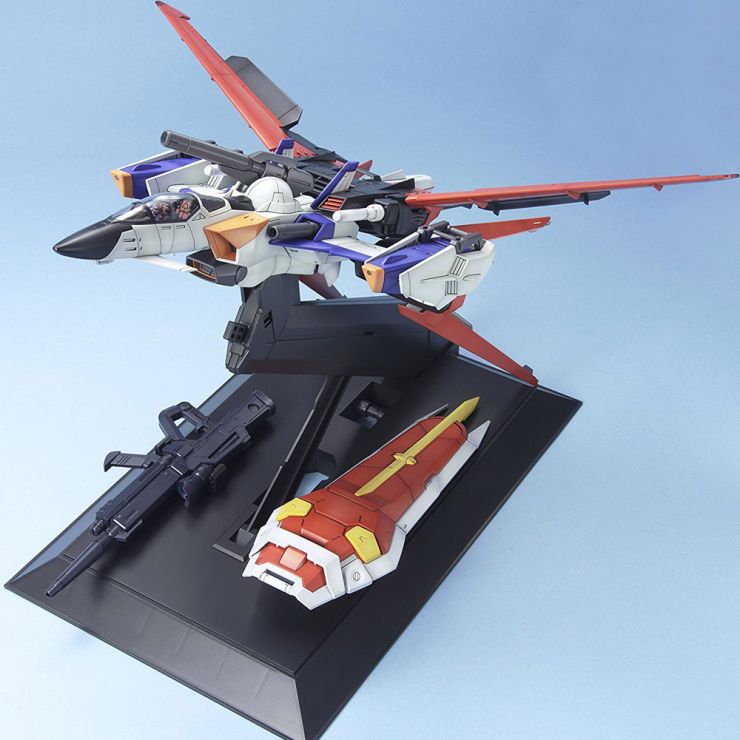 With this product, you earn 126 GP points.

This 'companion kit' holds up great on its own merits! Obviously, yes, you want this if you have (or plan to get) the PG Strike. However, I feel that this ...

PG FX-550 Skygrasper + Aile Striker I want this! Hoping to pair this with the PG Gundam Aile Strike too!

PG FX-550 Skygrasper + Aile Striker I want this! Please have this in stock. Thanks

This beast of a fighter is armed with a turret-mounted beam cannon, two heavy machine guns, four light machine guns, and two missile launch bays, making it a very capable air superiority fighter in its own right. Its main role, however, is to deliver new Striker Packs to the GAT-X105 Strike in battle, removing the need to return to the hangar for re-equipping.
While this isn’t a Gundam by itself, don’t think any less of the kit! This is an impressively-detailed fighter—on par with the quality you’ve come to expect from all PG scale models—that you can display alongside your Strike PG, your Gundam Seed models, or even amidst your mobile armor collection! Of course, much of the appeal comes from the fact that you can combine the Aile Striker with PG Strike Gundam (sold separately) to create Aile Strike Gundam! There’s something for everyone to love about this affordable PG kit! 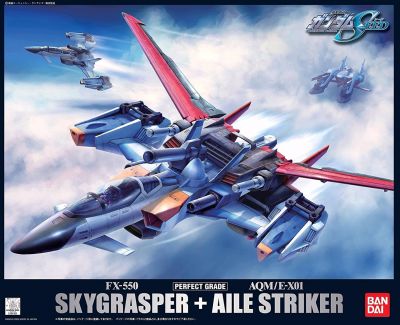 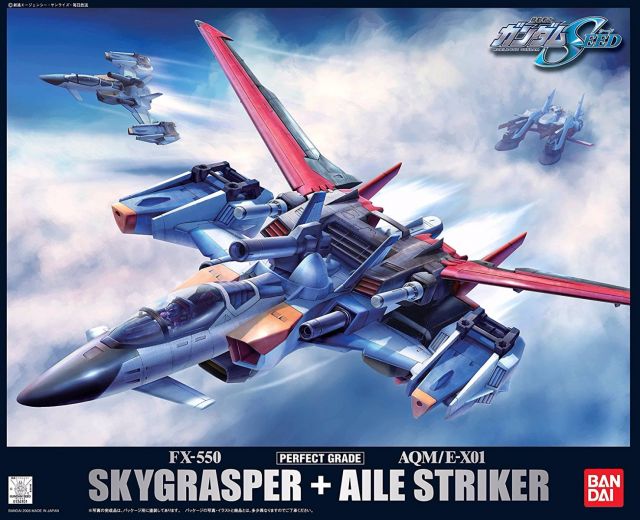