The series title comes from the name of the main human spacecraft (which is usually shortened from Super Dimension Fortress to SDF-1 Macross as it is the first). The original name for the Macross project was Battle City Megarodo (or Battle City Megaroad, as the Japanese transliteration to either "L" or "R" gives the title a double meaning in reference to the story line: Megaload, referring to the spacecraft containing an entire city of people; and Megaroad, referring to the long journey through space back to Earth)

adam laird has this! 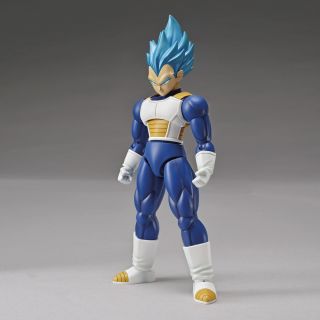 Figure-rise Standard Super Saiyan God Super Saiyan Vegeta You have this? Share your review!
Better than sh figuarts - One of the best kits I built in the three years I been doing bandai model building.
Popular Now