John Schwarz has this! 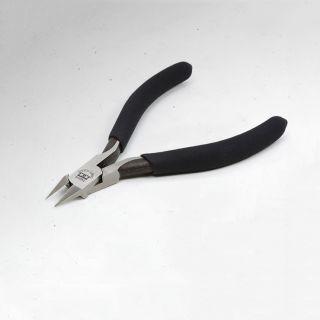 Sharp Pointed Side Cutter (Slim Jaw) You have this? Share your review!
Very nice tool - I have these as well as the Gundam brand nippers. They both cut great. I used to use nail clippers, but they cut/crushed the plastic. These will cut much cleaner, if you are careful, you can get away without all the sanding! Great time saver! The Tamiya brand has a thinner blade and is finished a little better than the Gundam brand, but both work really well. You won’t go wrong no matter which you choose, but definitely get one or the other, you’ll be glad you did.
Popular Now