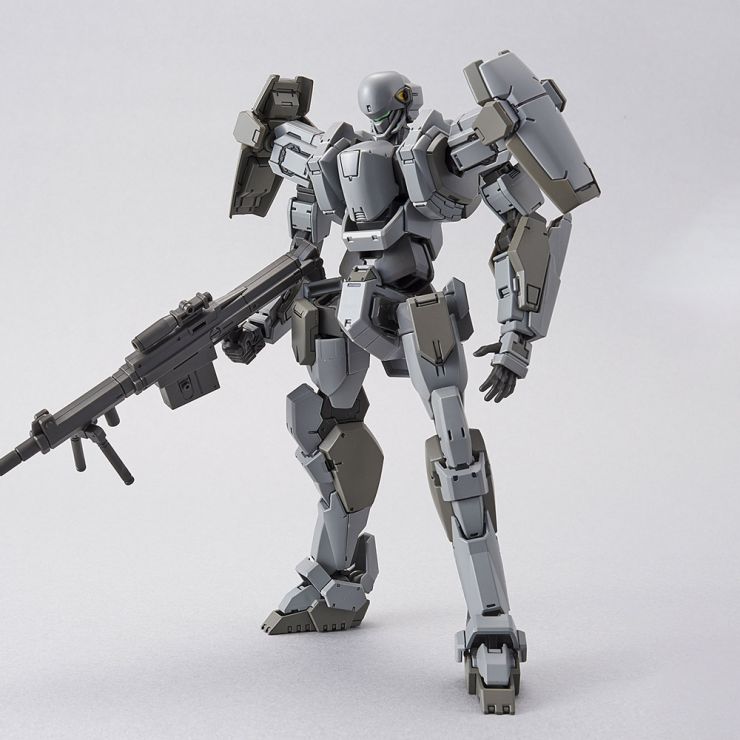 With this product, you earn 72 GP points.

A great christmas present I got this for christmas, and it was love at first sight! definity would recommend for beginners! Th ...

Now the new Arbalest model kit won't be all alone! Squad up with a couple in-scale Gernsback models! This kit is very similar to Mao's custom unit, but without the commander horn and additional sword. It features the same stellar frame construction and articulation gimmicks as the new Arbalest, and it includes a bunch of great accessories: the 40mm rifle, GRAW-2 molecular cutter, anti-tank dagger, and brand new AWS 2000 rifle are all included! 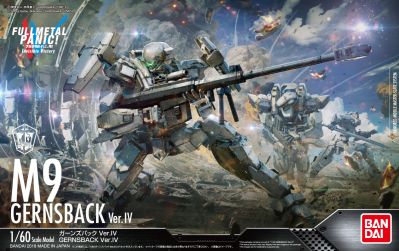 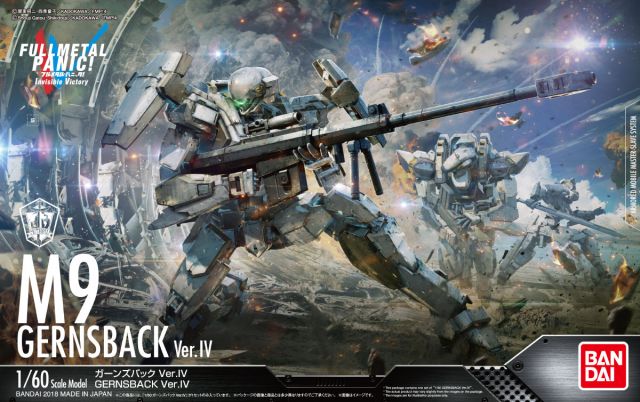 1/60 version of the new Arm Slave unit, the Gernsback, in the slice of life sci-fi military anime "Full Metal Panic! Invisible Victory." Created by Kanetake Ebikawa, the same mechanical designer behind the Gundam Exia, the Gernsback showcases Bandai’s model tech applied to non-Gundam robots giving it great range of motion to perform poses as if it were a human. The standard Arm Slave used by the Anti-Terrorist organization Mithril, it can be customized with a wide variety of military weapon configurations. This version used by Kurtz, Sousuke, and other members includes a 76mm sniper rifle, GDC-B 40 mm Rifle, GRAW-2 Monomolecular Cutter (combat knife), and M1101 anti-tank dagger. The original weapon system created for the plastic model, the Graz Mannlicher AWS2000 is included in an Assault Carbine configuration. All weapons between the Arm Slaves are compatible with each other. Runner x13, Foil Sticker, Instruction Manual