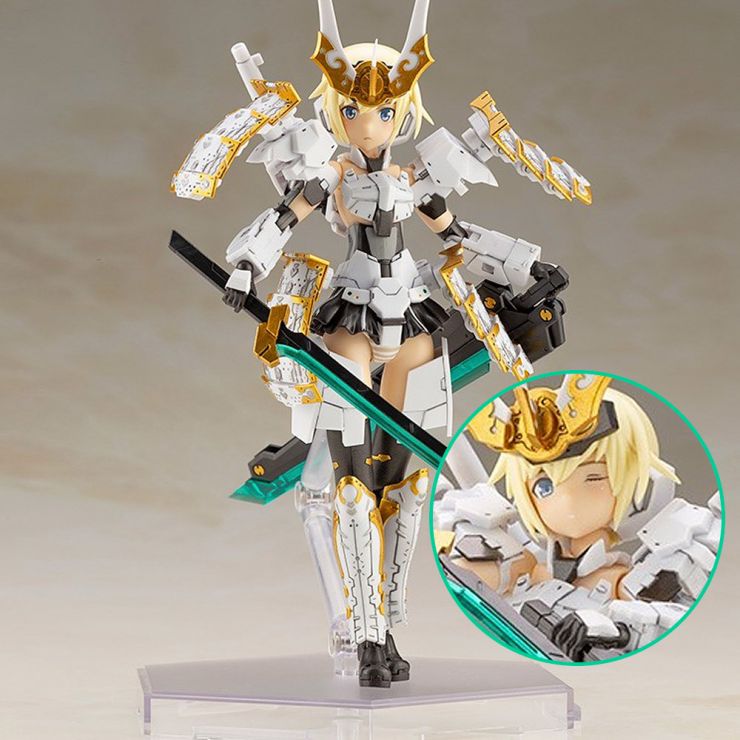 With this product, you earn 158 GP points. 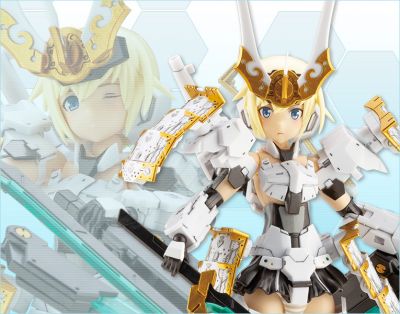 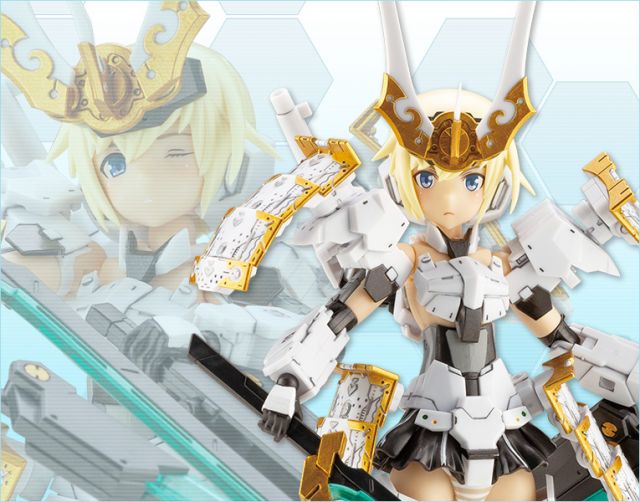 Frame Arms Girl is a unique spin-off series that redesigns the robots of the original Frame Arms line as beautiful girls! The latest addition to the line is a new Gourai-kai Ver. 2 equipped with SAMURAI MASTER SWORD and EXPANSION ARMOR Type G! This model kit features newly redesigned color schemes! Materia’s leg parts are also included so users are able to equip EXPANSION ARMOR Type G shin armor on the model. Model Specifications: ・ This model kit includes GOURAI-KAI Ver. 2, EXPANSION ARMOR Type G and Samurai Master Sword in brand new original colors. ・ This kit includes Materia's leg parts, allowing users to be able to also equip EXPANSION ARMOR Type G shin armor only with this model. ・Three types of pre-printed face parts are included (looking forward, composed, shouting). ・ Newly designed eye decals for the shouting face are included. ・ Two unprinted face parts are included to use with decals. Create your favorite expression with the included decals. ・ Decals are included to recreate GOURAI-KAI. The GOURAI-KAI Ver.2 base model is the same as previous versions. GOURAI-Kai Ver. 2 Base Model Specifications: ・ This kit can recreate both GOURAI-KAI and GOURAI. ・ The kit comes with four optional pieces of chest armor — two for GOURAI-KAI (medium and large) and two for GOURAI (medium and large) — in addition to the standard armor. ・The kit includes five sets of PVC hand parts. ・ Head parts that are compatible with 3mm connection points are included as well as extension parts with 3mm joints/connection points for the chest. ・ The PVC hands are compatible with existing weapons from the M.S.G and Frame Arms series. ・ The 3mm connection points on the arms and feet are compatible with equipment from the M.S.G and Frame Arms series. *1: This model kit does not include the pre-painted right-facing face part included with the previously released FRAME ARMS GIRL GOURAI-KAI Ver.2. *2: This model kit does not include the hair parts to display GOURAI-KAI without headgear included with the previously released FRAME ARMS GIRL GOURAI-KAI[WHITE] Ver.2. The decals will also partially differ from those included with FRAME ARMS GIRL GOURAI-KAI[WHITE] Ver.2.
trigger review