Mini gun noise insert here Building it was simple the stickers decal is a lacking a little bit, It got scratched when I tried t ...

HG Heavyarm is near perfection This new line of Wing Gundam kits are all great. Heavyarm has striking color scheme, and you can po ... 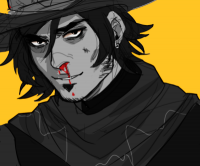 Work in progress Still going to put it together, but I just love the Wing boys.

Gotta say though, this is a great place to continue. The kit will have articulating missile hatch gimmicks as well as the iconic beam gatling gun! Foil stickers are included for little details and the army knife can be mounted on the back of the arm!

From Gundam Wing, Gundam Heavyarms boasts overwhelming firepower in the latest HG format! Equipped with various weapons such as chest gatling gun, shoulder homing missile, leg micro missile, etc it can perform its Full-Open barrage. Beam Gatling can be attached to the left arm of the body and the backpack just like in the show. The right arm is equipped with a gimmick that fixes the included army knife. Beam Gatling X1 Army knife X1 Foil seal X1