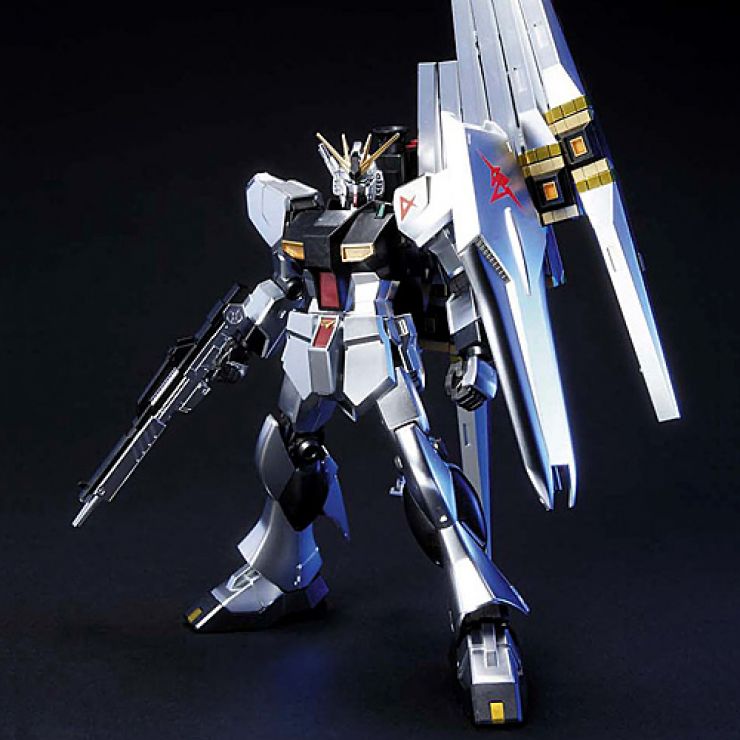 Skip to the beginning of the images gallery
Coating Version

With this product, you earn 122 GP points.

HGUC RX-93 Nu Gundam Metallic Coating Ver. The metallic version is want I want, but I can settle for the regular HGUC.

HGUC RX-93 Nu Gundam Metallic Coating Ver. I want this! no, I need it

The Rx-93 ν Gundam (Nu Gundam) was Amuro Ray's personal Mobile Suit during the second Neo Zeon movement against his arch rival Char Aznable. Although it was only partially finished at the time of its deployment, it proved to be a formidable Gundam.
Not only does it make a mean mobile suit, but also a mean HG kit, which is now being released in a stunning metallic coated version! Featuring interchangeable hand parts, two types of beam sabers, an improved hyper bazooka, custom marking decals, detachable funnels, and the Nu beam rifle, this kit is absolutely packed. Its only drawback is that it just might make all your other HG kits feel insecure. Shine a light on this bad boy for the ultimate metallic effect! 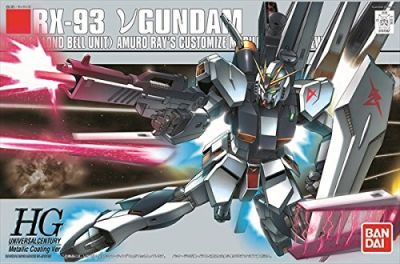 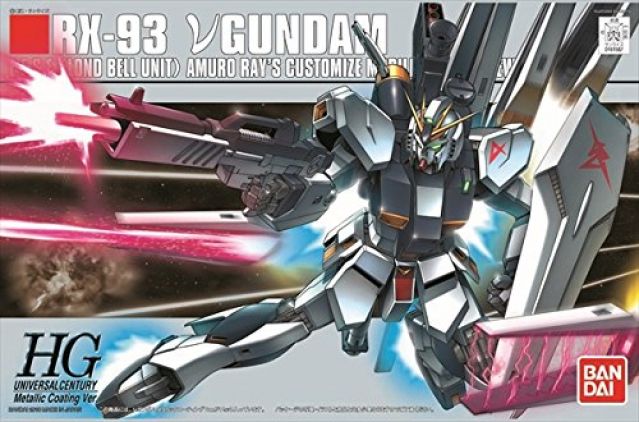