Login
More RG Hi-Nu will be available Friday 10/29 @ 1PM Eastern.
Skip to Content
Skip to the end of the images gallery 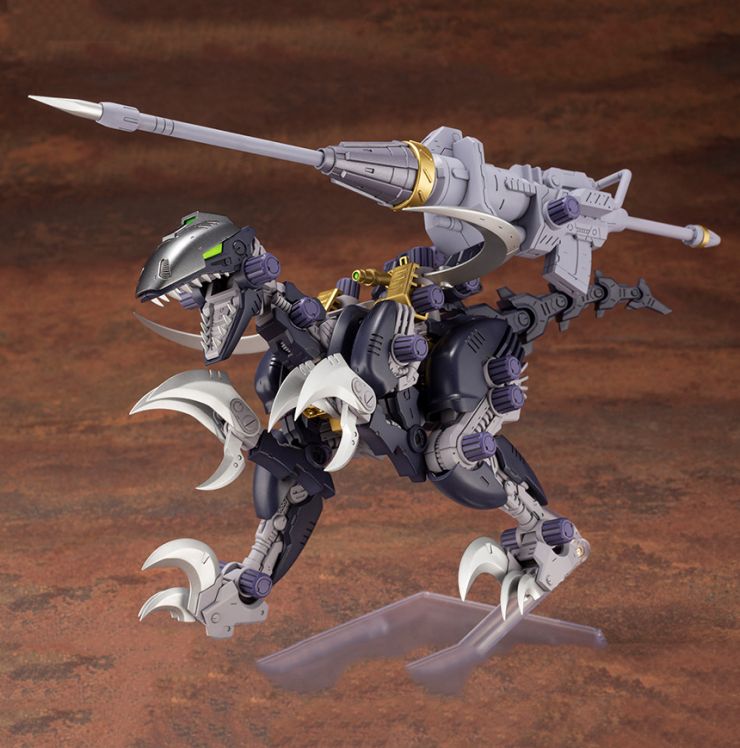 Skip to the beginning of the images gallery
Coming in Dec 2021Pre Order
Preorder is still available but number is limited. Get this before it is too late!

With this product, you earn 122 GP points.

This model kit includes large-sized weapons that do not compromise the model's poseability or style.

The increased poseability of the head and "Strike Harken Claw" leg parts allows users to not only recreate the usual poses, but also allow the model to stand on its toes to recreate a velociraptor-like pose.

Be sure to add this Zoid that can take on larger and more powerful models to your very own Zoids lineup!

Product Specifications:
・The cockpit hatch on the head can be opened and closed, allowing for a pilot figure to be placed inside.
・The Zoid Core inside the torso can be removed.
・The “Counter Scythes” on the model’s back includes a pullout expansion feature for users to recreate dynamic poses by adding joints.
・In addition to having a symmetrical design for the left and right side of the upper arms, 3mm connection points are added to the elbows for fans to have the option of adding hardpoints to this model when assembling.
・This model is compatible with a variety of bases through connecting the lower torso parts to 3mm connection points.
・The customization parts Pile Bunker Unit is included as the model’s standard equipment so users can enjoy its firing action and equipping magazines. Additionally, the radar unit can be attached to the side of the model that is unarmed.
・All new emblem and caution mark decals to recreate the world of Zoids are included in this kit. 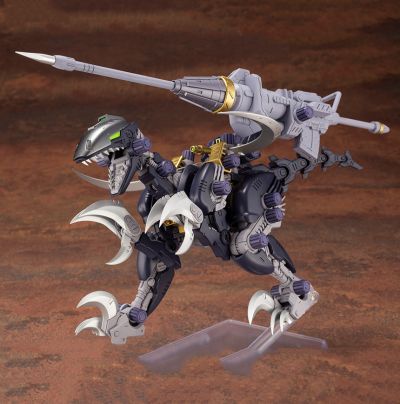 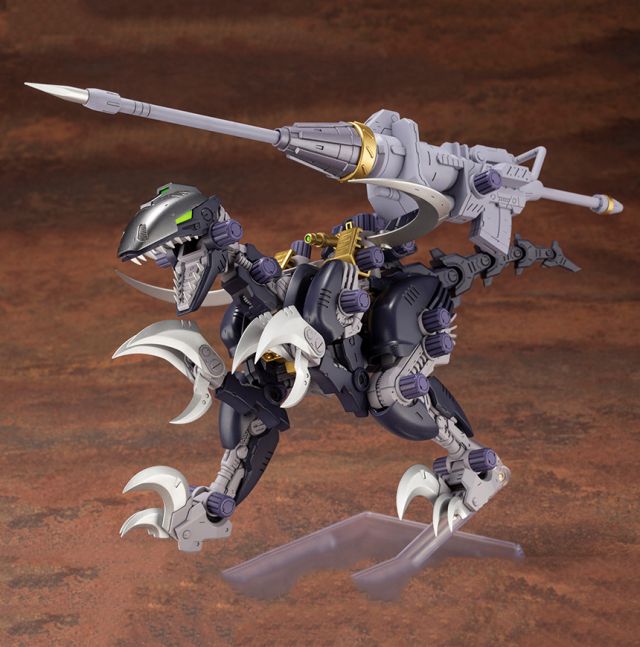