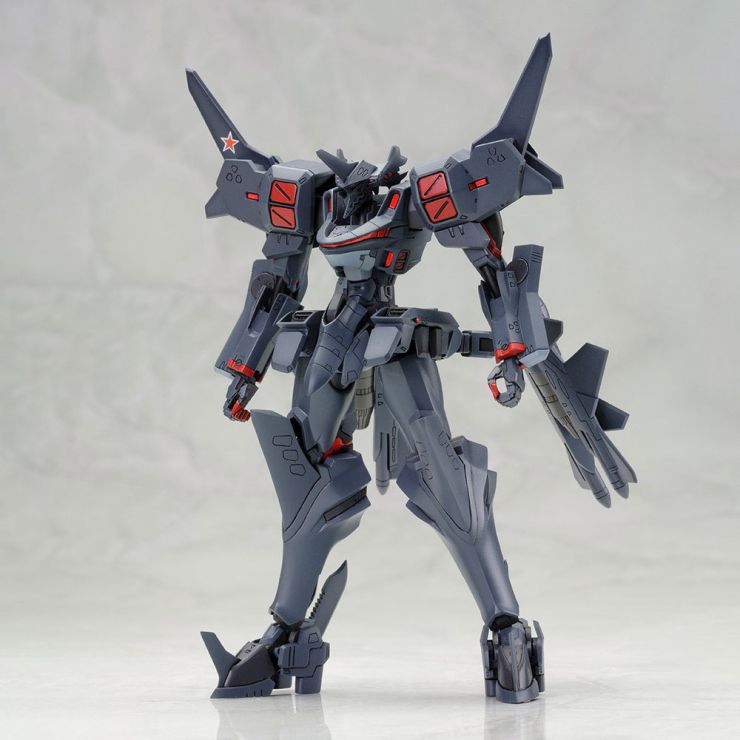 With this product, you earn 70 GP points.

+ Add your connection
The beloved second TSF of the Scarlet Twins!

From Muv-Luv Alternative Total Eclipse, Su-47E Berkut, piloted by the Scarlet Twins, joins Kotobukiya’s plastic model kit lineup!
The black body and scarlet illuminated parts that made this TSF so ominous in the anime are faithfully recreated. Removable motor blades for both arms and open hand parts for recreating attack scenes are also included.
The characteristic folding blades on the heels are movable and can be extended.
The two standard A-97 Assault Cannons included with this model can not only be held in both hands, but also attached to the weapon mounts on the back.
As the right shoulder is tampo printed with the emblem and the head is pre-painted, Su-47E can be recreated just by assembling the model.
A clear blue version of the illuminated parts is also included.
※The pre-painted illuminated parts are red. 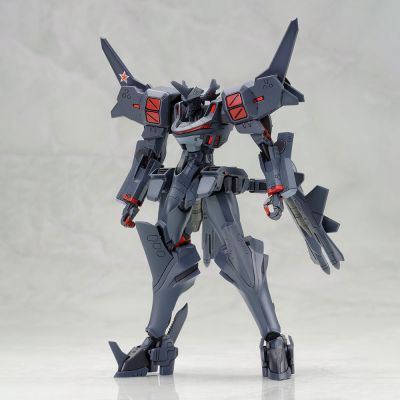