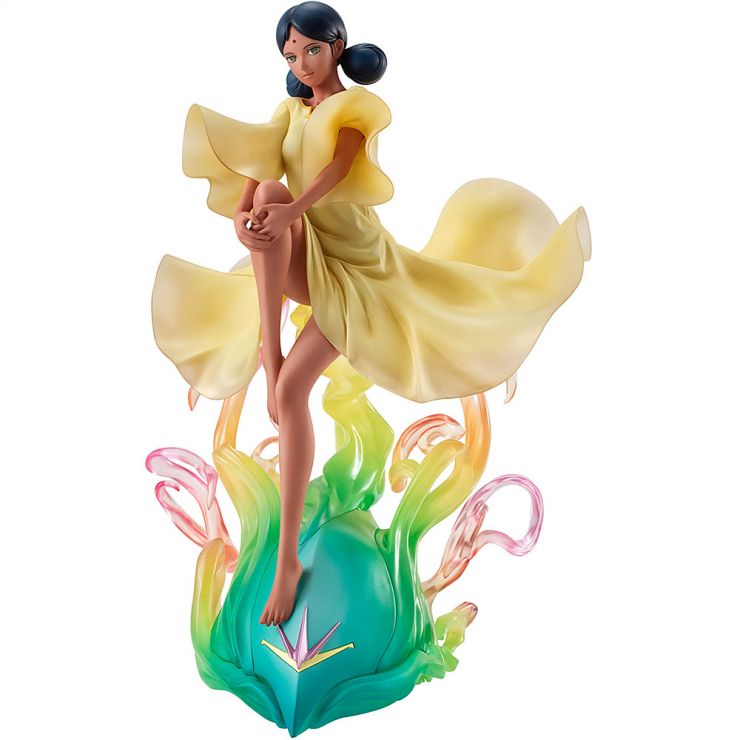 With this product, you earn 362 GP points.

Introducing a new entry into the Gundam Girls Generation line, the NewType "Lalah Sune" will appear as she was in the first Gundam series!

The costume reproduces the same one-piece dress as in the anime with yellow clear molding and gradation coloring. From the pedestal that imitates the mobile armor exclusively for Lalah, a blue-green clear molding and gradation effect that imaged the aura rises, and Lalah herself is in a sitting pose in zero gravity. The hem and sleeves of the one-piece dress also reproduce the spread in a zero-gravity space, and together with the effect of clear material, create a mysterious feeling of a new type girl that has never been seen before. 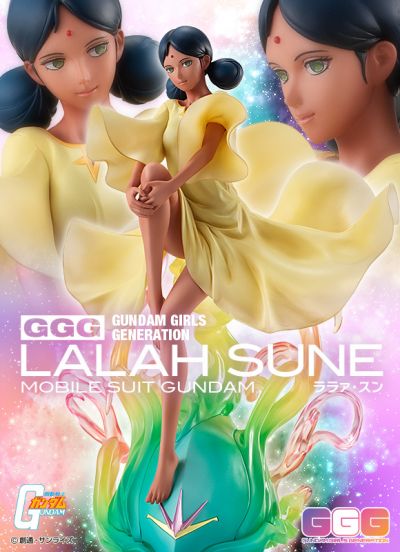 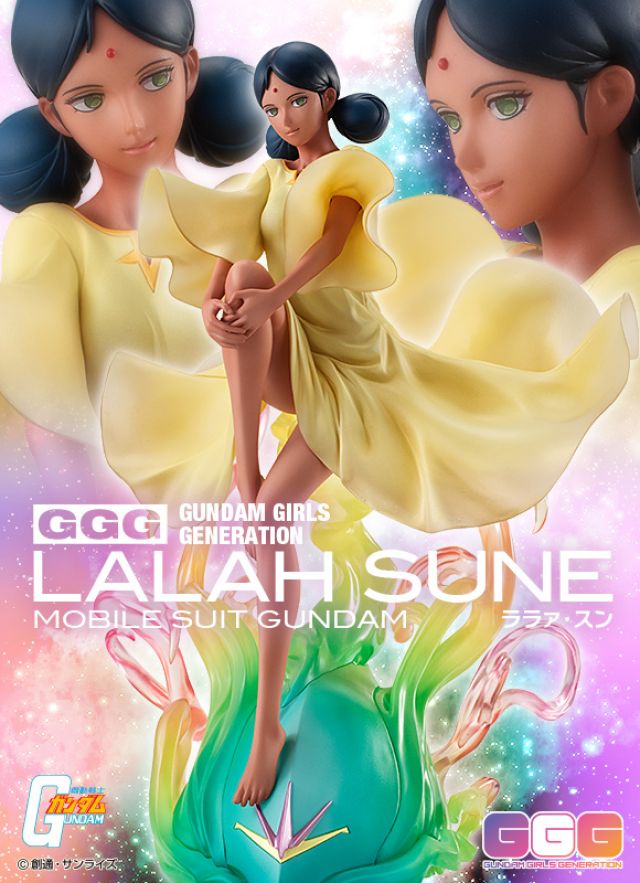