Little Battlers Experience, also called as Danball Senki (Cardboard War-machines), or simply LBX, is a series of action role-playing video games created by Level-5, involving small plastic model robots known as LBXs that fight on dioramas made out of cardboard, with the main character setting out to battle against LBXs created by other characters. The first game of the series was released on June 16, 2011, for the PlayStation Portable and has expanded to six official games and three Japanese anime series. - by Wikipedia

Ronan Philip has this! 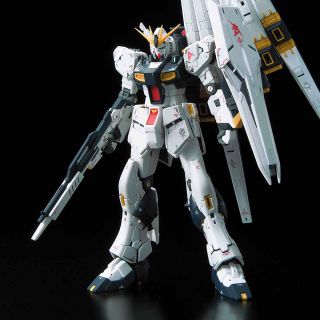 RG RX-93 Nu Gundam You have this? Share your review!
Great kit - Amazing. One of the best kits I ever built. If you don’t have this yet, get it now!
Popular Now