In UC 0093 the Federation has recovered from its defeat and has created a new anti-colonial special forces unit to deal with rebel forces: Londo Bell. Elsewhere in space Char Aznable re-appears out of self imposed hiding with a declaration that he now commands his own Neo-Zeon movement and intends to force the emigration of Earth's inhabitants to space by bringing about an apocalypse. 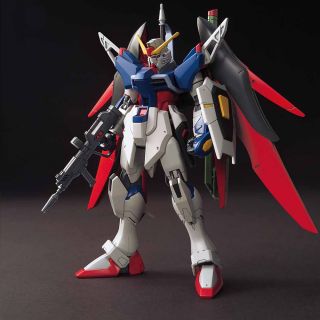 HGCE ZGMF-X42S Destiny Gundam Revive You have this? Share your review!
Great Kit - This kit has great movement, nice detail, and the effect part of the wings look amazing I recommend for any seed fan
Popular Now